Get this celeb-fave workout gear while you still can

It launches, and will likely sell out, today. 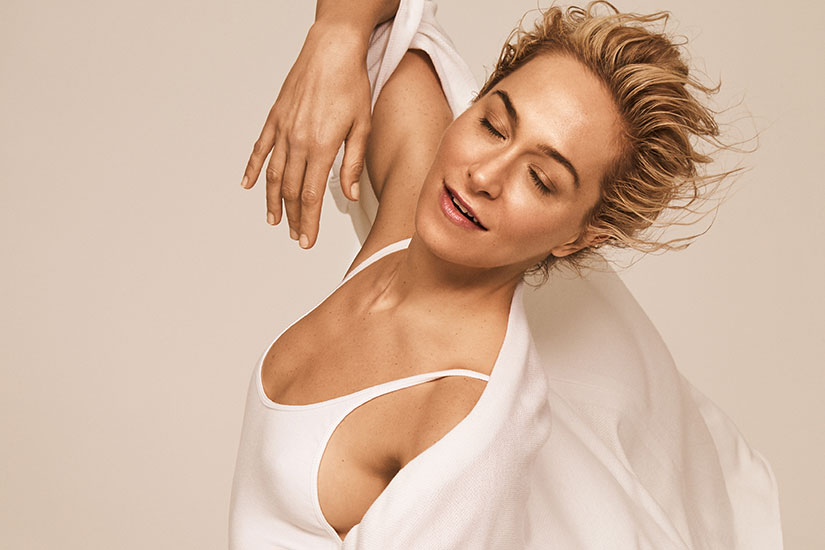 Taryn Toomey’s NYC, LA and Vancouver-based workout called “The Class” is not quite dance, not quite yoga and not quite meditation—although it incorporates elements from each of those practices. Jaycee Gossett, the method’s director of training and development, kicked off a North American tour of The Class in Toronto last night to fête the launch of Lululemon’s highly-anticipated 11-piece collection with Toomey.

To understand the collection is to understand The Class, which has built a cult-like following in New York City (Naomi Watts and Christy Turlington Burns are reportedly fans). The method is described as a “heart-centred cathartic movement practice.” This translates to a series of strength-building and cardio movements (hip raises, donkey kicks, jumping jacks) performed to a curated playlist for about a minute each, interspersed with moments of release (unrestrained body movements and deep sighing) and reflection (the room is scented with energy-clearing sage and participants are asked to write an intention for The Class that is placed beneath their mat). The idea is to build intensity within each movement, says Gossett. I attended the class held in Lululemon’s studio space Attic in Toronto, and during a minute (it felt longer) of burpees we were told to “feel it to clear it”—”it” being the emotions that come up during exertion, but also, presumably, the muscle-quivering pain.

Prior to founding The Class, Toomey worked in fashion for Ralph Lauren and Dior, and the attention to detail in the collection reflects this background. The colour palette is in line with The Class’ serenity-now outlook, with muted shades from alpine white and ice grey, to dark chrome and mink berry, to lavender gray and misty moss. The fit, says Toomey, allows the wearer “to move freely and distraction-free.”

Must-have pieces include the Meditation Cloak ($118), a long, supremely soft silk-blend cover-up that could easily be worn to work or brunch, and the brilliantly designed Heart Opener Bodysuit ($74); the back is low (wear it with a sports bra if you require additional support), while the bottom is super high-cut with a thong-style fit, so it can be worn comfortably under tights or shorts without fabric bunching and leaving unflattering lines.

The collection will be available as of July 7 at Lululemon’s Queen St. store in Toronto and the Robson St. store in Vancouver, as well as lululemon.com. Don’t say we didn’t warn you—it will go fast.

It’s time to #freethefeeling in an exclusive product collaboration with @theclassbytt. The collection was inspired by Taryn Toomey’s The Class—a mind body experience that heals the soul, creating mental space for self-actualization and a higher purpose. Explore the collection in our Story.