Get a Nike high with Bill Nye

Nike and Bill Nye (yes, the science guy) set up a "dispensary” in Toronto so you can get a runner’s high. 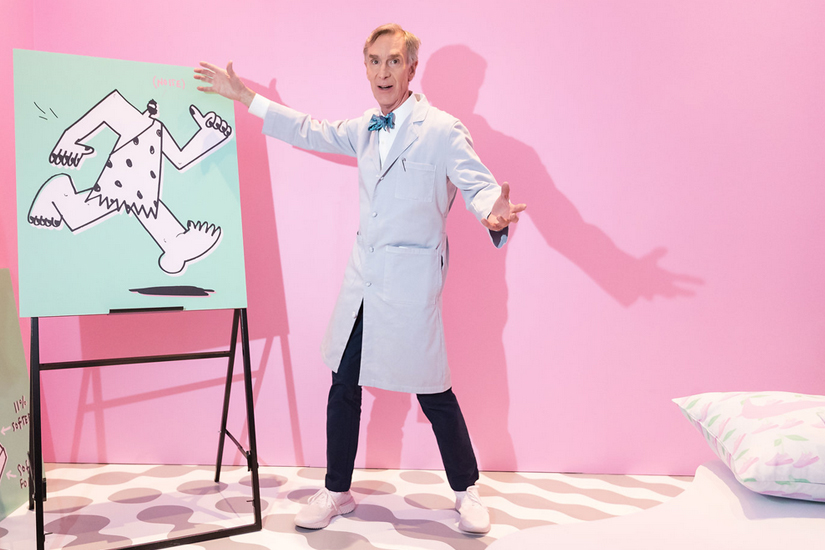 Nike wants to get you high—specifically, the kind of high you get from running. Yes, that mythological “runner’s high” is not, in fact, a myth says Bill Nye (The Science Guy), who was in Toronto at Nike’s pop-up, appropriately called “The Dispensary,” earlier this week.

Phenylethylamine, he explains, is an organic compound our brain creates that acts as a natural stimulant and regulates our mood.

“We want you to choose to go for a run rather than sitting on your empennage. You’ll see when your phenylethylamine gets wound up and you get endorphins from your runner’s high, you do not need false drugs!”

At the pop-up, on now until April 30th, you have the chance to try the Nike’s newest running shoe, the Epic React Flyknit on an actual treadmill.

Though the shoe launched in February, it has just been released in an additional shade called Matcha, which, confusingly, is a light pearl pink. The Flyknit is the first running shoe to feature Nike’s new foam technology, designed to cushion the impact and offer the energy return needed to keep on going long enough to reach that illusory runner’s high.

The Dispensary is located at the Nike Loft at 548 Richmond St W in Toronto. Doors officially open to the public on 4/20 at 4:20 p.m. (of course), and will remain open until April 30th. Visit Nike.com/Toronto for additional details and to book an appointment.