Science answers the age-old question and other health news. 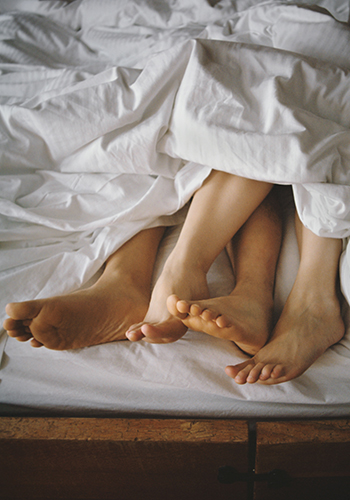 What makes a nice-looking penis?
Size doesn’t matter to women – that much. Researchers in Switzerland asked women to rate the importance of eight characteristics in penises. Length and girth were sixth and fourth respectively, falling behind “general cosmetic appearance,” pubic hair and penile skin (in first, second and third). The report was published in the Journal of Sexual Medicine.

Abortion pill approved in Canada
A new abortion pill will be available for Canadian women beginning in winter 2016. Health Canada has approved RU-486, which is also known as Mifegymiso, for use to terminate pregnancies before the 50-day mark. (It requires a doctor’s prescription.) The decision has been a long time coming; Health Canada has been reviewing the drug since 2012. (Another combination, thought by some to be less effective, is currently the go-to medication.) The pill is already available for use in France, the United States and 57 other countries.

Don’t try to be perfect – it can backfire
Trying to be little Miss Perfect can actually turn you into Little Miss Troubled. According to an analysis of 43 studies, the quest for perfectionism may hinder your achievements at work and school. Such thinking can also affect your health. “Perfectionistic concerns capture fears and doubts about personal performance, which creates stress that can lead to burnout when people become cynical and stop caring,” said lead researcher Andrew Hill, associate professor of sport psychology at York St. John University in England, of the research, which is published by the Society for Personality and Social Psychology. This is no excuse to slack off. “Perfectionist strivings” – defined as having high standards and goals – have been proven to help motivate you.

Eat your spinach
Popeye ate spinach to make him stronger, but it turns out it can keep you fuller, too. The leafy green contains thylakoids, which have been found to reduce hunger and cravings by promoting the release of satiety hormones. The study is published in the Journal of the American College of Nutrition.

READ MORE:
How to find the perfect nude lipstick for your skin tone
6 luxury gyms that could pass for nightclubs
9 celebs who love the side part this summer