Think you know everything there is to know about birth control? Think again. 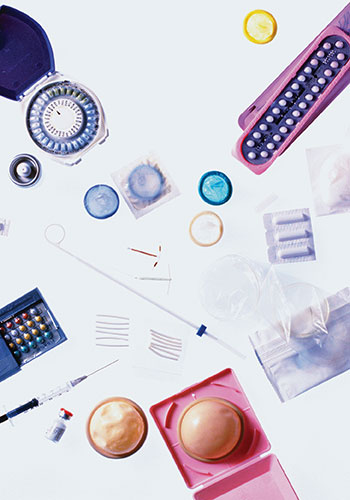 We asked Dr. Peggy Kleinplatz, a sexologist and professor of medicine at the University of Ottawa, to review the data from our State of Sex survey. The numbers were in line with what she has seen in other research, but there were a few statistics in the contraception section of the survey that caught her eye—and raised her ire. We’ll get to that a bit later, but first, Kleinplatz asked us to do Canadian women a service by insisting that everyone stop using the phrase “on birth control.” “We need to remove that permanently from our vocabulary,” she says. “The phrase ‘on birth control’ is much more common in Canada than in other places. It’s as if women in this country, unlike most others, believe that birth control and hormonal contraceptives are the same thing. That means they don’t think of other methods as birth control.” Case in point…

“I’m not surprised at your findings, but I just think they’re disturbing. The female condom, unlike the male condom, protects the vagina and rectum of the person using it as well as her partner’s external organs. Female and male condoms are good at protecting against fluid-born STDs like HIV or gonorrhea, but only the female condom will protect you from skin-to-skin-contact STDs/STIs like HPV or herpes. The first generation of female condoms sounded crinkly, like taking a sandwich in and out of a Baggie, but the new generation, called FC2, is super-silent, very thin and extremely comfortable. Unlike the male condom, which you have to take out soon after the man ejaculates, the female condom can be left in for hours before and after intercourse.”

“We need to be encouraging women to take control of their own vulvas and vaginas. The diaphragm is a superb contraception method with no side effects. It was taken off the market for a while but reintroduced a few years ago. When I talk to medical residents about diaphragms, they’re always shocked to hear they’re available. And the good news is that about six months ago, an OTC [over-the-counter] diaphragm (Caya) was approved in Canada. You can get it without being fitted. It’s as easy as buying lipstick.”

“I have mixed feelings about IUDs. It really depends upon the kind of IUD and the woman’s medical history. There are copper IUDs, and there are ones that contain synthetic progesterones, like the Mirena. We don’t have good long-term data showing that the ones containing hormones are a better choice. When a woman asks if she should get an IUD, I tell her to speak with a physician to review her particular medical history. There are three questions to consider: 1. Is it an effective method of contraception? Yes. 2. How safe is it? We don’t have really good long-term data. 3. Do you want to be taking extra hormones for no good reason? The one without hormones is effective. But people forget that even with an IUD, you still need to use a condom to protect yourself from STDs/STIs.”