Is freezing your eggs the key to beating your biological clock? 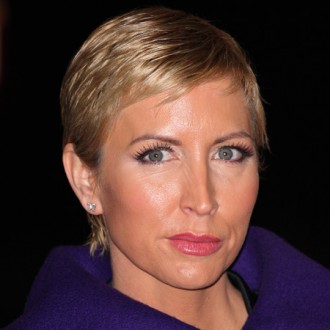 Elizabeth Schwartz* knew that her biological clock was ticking, but she never expected it to come to this. “I wish I were married and had kids already,” she says. “I wish I didn’t have to be spending all this money. I wish I wasn’t in this place.”

Schwartz is a 38-year-old social-media marketing consultant in Boston. In January 2008, she began researching technology that would allow her to freeze her eggs so that she could have children in the future. “I have to do everything I can to preserve my fertility,” says Schwartz, who had six mature eggs extracted and frozen at a hospital and stored until she meets Mr. Right. If she is unable to conceive naturally with a future partner, she will have her younger eggs thawed and fertilized with his sperm.

Rachel Sandoval spent a year trying to conceive before she learned that her Fallopian tubes were blocked. Then 29, the Anaheim, Calif., resident knew she’d need in vitro fertilization (IVF). “I didn’t know if it would take five months or five years, so it made sense to freeze healthy eggs and use them down the line,” she says. In 2003, Sandoval underwent her first round of IVF at West Coast Fertility Centers in Fountain Valley, Calif., and also froze some eggs. The IVF worked, and her daughter was born that winter. Three years later, Sandoval was unable to conceive naturally, so doctors fertilized three of her defrosted eggs. Her second daughter is now three years old. In 2008, she visited the clinic a final time to use the eggs they had frozen in 2003. That yielded a son, now 16 months old. “I’ve never won a contest in my life, and now we have two frozen-egg babies,” says Sandoval happily.

Schwartz and Sandoval are pioneers in the world of oocyte cryopreservation, in which eggs are extracted from a woman’s ovaries, frozen and stored so that they can be thawed and fertilized in the future if natural means of conception don’t work. It was introduced in the early 1980s to help women who were undergoing chemotherapy for cancer or diagnosed with multiple sclerosis, lupus or other autoimmune disorders that can destroy fertility. These early attempts at egg freezing were extremely inefficient, and the technology remained mired in obscurity for 20 years until recent research advances vastly improved the process. Now, it’s being increasingly used for egg donations, as well as for IVF and elective egg freezing by women who lack a male partner or wish to delay childbearing to focus on their careers. Although the technology for egg freezing is advancing, the Canadian Fertility and Andrology Society and the American Society for Reproductive Medicine still classify it as a research procedure. To date, there have been fewer than 1,500 frozen egg births worldwide.

Enter the ice age on the next page …
There’s a cold war raging to fight fat, free radicals and freezing temps
Survival of the fittestIce age
We’re born with all the eggs we’re going to produce, and they age along with us — though two or three times faster than the rest of our bodies. The ideal reproductive years are between 18 and 24, when we are most fertile and our eggs are least likely to be defective. “Looking good in the mirror doesn’t equate with good fertility,” says Dr. Scott Slayden, an IVF specialist at Reproductive Biology Associates (RBA) in Atlanta, Ga. “Our lifestyle, toxin exposure — especially cigarettes — genetic background and history of gynecological surgery or disease, as well as luck, determine the fate of this precious cargo.” From 24 to 38, the average woman’s fertility drops by about 50 percent, and then it continues to decline. By the time you’re in your mid-40s, up to 90 percent of your remaining eggs could be chromosomally abnormal. Your risks of miscarriage and having a child with Down’s syndrome also increase significantly, so putting your eggs on ice freezes them in time and — in theory, at least — gives you a chance to beat your biological clock.

Just as the pill allowed women to have sex without pregnancy, egg freezing could allow women who want children to be unshackled from their aging ovaries. Dr. Janet Takefman, director of psychological research and services at the McGill Reproductive Centre in Montreal, has firsthand experience of the impact of oocyte cryopreservation on patients. “One psychological benefit is that they feel proactive,” she says. “They have taken control of their own fertility.”

It has taken scientists a long time to level the playing field for women. Men have been banking their sperm since the 1950s, and couples going through IVF can freeze embryos for future pregnancies. Since the 1980s, researchers have tinkered with egg freezing using the slow-freeze method, in which the egg is dehydrated and its water is replaced by a cryoprotectant. It has only been in the past five years that scientists have devised vitrification, a safer, more effective way to freeze eggs that has increased survival rates. (Eggs, which contain a large amount of water, tend to form ice crystals when frozen, and the cell is often killed when the egg thaws.)

At the McGill Reproductive Centre, a worldwide leader in oocyte vitrification, eggs are plunged into liquid nitrogen and frozen quickly to prevent ice-crystal formation. For women under 35, the clinical pregnancy rate per cycle with frozen eggs is comparable to that of IVF: 45 percent versus 50 to 60 percent, respectively, says Dr. Seang Lin Tan, chairman of the department of obstetrics and gynecology at McGill University and founder and director of the McGill Reproductive Centre. Thirty healthy babies have been born there from frozen eggs.

See what the critics have to say on the next page …
Mother load: One woman’s story of cutting the ties that bind
Single female seeking gay male
Love yourself! 5 self-love tipsBut critics say that elective freezing should be discouraged for reasons ranging from ethical issues to the ramifications of a generation of children whose parents may not live long enough to raise them to adulthood. “The women’s movement has sold women a bill of goods by leading them to believe that they can have whatever they want, whenever they want,” says Diane Allen, executive director of the Infertility Network in Toronto. Couples in their early 30s need to get serious about having kids, she says, before their fertility declines. Educational programs, accessible child care, job sharing and changes to the tax system could help couples start families earlier, she adds.

Ava McKenna*, a 32-year-old MBA student at Emory University in Atlanta, has polycystic ovarian syndrome, and there’s a history of miscarriage in her family. She knows it will be difficult for her to conceive and stay pregnant. She also knows that oocyte cryopreservation is experimental but has studied it enough to be confident with the outcome. “I believe in doing whatever I can to give my future baby the best chance at being healthy,” she says. That includes spending US$7,500 last winter to have her eggs extracted and frozen at RBA and another $7,500 to complete the IVF transfer in the future. (Over the past two years, RBA’s vitrification method has accounted for 10 percent, or 127, of the world’s frozen-egg babies.)

The dating rules have changed for McKenna, who wonders “How do you tell a guy you have frozen eggs?” If he has a problem with her decision, he’s not for her, she reasons. She is emotionally and financially prepared to be a single parent. “I’ve created my own choices,” she says.

Angela Lauria, chief marketing officer of a software company in Washington, D.C., has a four-yearold son and is getting a divorce. She wants to have more kids but, at 37, knows the window is closing and is considering putting her eggs “on ice.” In a few years, she might have them fertilized with sperm from a gay friend. “He feels that this is such a gift, and he wouldn’t have the opportunity to be a father otherwise,” she explains. “My goal is to be able to use science to make a relationship an option in my life, not something that is required.”

It’s all about ‘reproductive insurance’ on the next page …
Relationship woes
Spring clean your diet
Body news: Chill out!Slayden considers egg freezing to be a form of “reproductive insurance” rather than a definitive path to extend fertility. “If you have a life insurance policy,” he says, “do you really want to use it? No — for obvious reasons.” Tan agrees: “My dream is that every woman should freeze her eggs in her 20s.”

Dr. Gerard Letterie, a reproductive endocrinologist and founder of the Northwest Center for Reproductive Sciences in Seattle, predicts that five or 10 years from now, the doctor/patient conversation will move beyond contraception. “This option will be to tomorrow’s women what contraceptive choices were to our predecessors,” he says. Back in Boston, Schwartz wishes she’d had that option. “I really want women to think about it earlier than I did,” she says.

The checklist
Because no procedure comes with a guarantee and oocyte cryopreservation is classified as experimental, Dr. Seang Lin Tan, founder and director of the McGill Reproductive Centre, urges women to ask their fertility doctors these questions:

• Are they using the slow-freeze method with cryoprotectants or vitrification? •What are their egg survival rates?

• How many years have they been doing this procedure?

• How many healthy babies have been born at the clinic?

• Have the results been published in a peer-reviewed scientific journal?

• What is their clinical pregnancy rate per cycle with frozen/thawed eggs?

The side effects
As with in vitro fertilization, one percent of women suffer side effects from hormone injections that stimulate the ovaries to produce many mature eggs. Symptoms of ovarian hyperstimulation syndrome include headache, breast tenderness and abdominal bloating. More serious side effects include vomiting, abdominal pain and breathlessness.

Read more
Become core conscious
Do you need a relationship expert?
Are you a people pleaser?