Choreographer Tanisha Scott on why Toronto made her great

For Nike Air Max Day, the Toronto-born dancer behind some of Drake's greatest moves discusses the city that helped get her there. 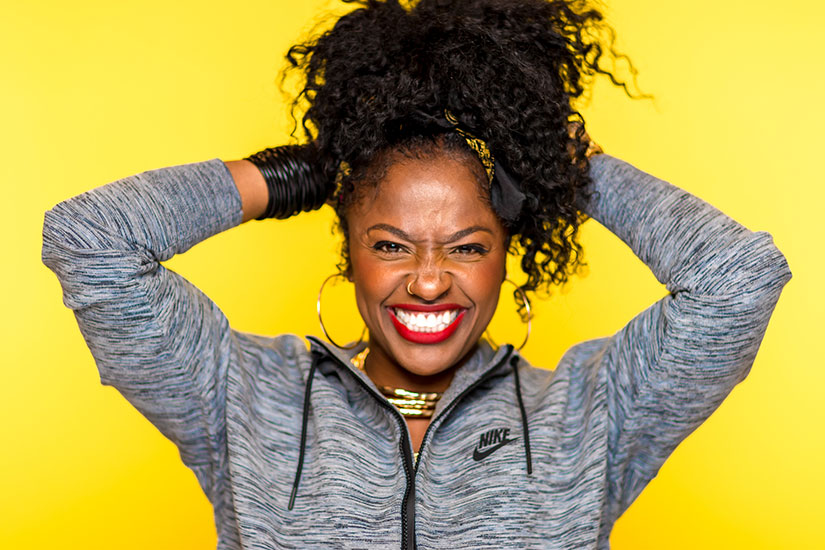 This March marks the 30th anniversary of the release of Nike Air Max, the iconic Tinker Hatfield-designed running shoe that has spawned dozens of iterations, earning popularity beyond the realm of sports in fashion and popular culture.

To celebrate, Nike is re-releasing Air Max shoes all month—culminating in the launch of the new Air VaporMax shoe on the 26th, dubbed Air Max Day—and hosting exclusive Sneakeasy pop-up shops in four cities, including one Canadian location in Toronto. (The other events will be held in NYC, Chicago and L.A.).

For the Toronto event, Director X worked with five local artists to curate an interactive space that bring various versions of the shoe to life. We caught up with one of those artists, Tanisha Scott, a dancer and choreographer behind some of your favourite music videos, tours and movie/TV dance scenes (think: Drake’s “Hotline Bling,” Sean Paul’s “Gimme the Light,”) to discuss her relationship with the Air Max shoe, filming Rihanna’s “Work” music video and how Toronto shaped her career.

What was your relationship to the Air Max shoe before you started this project?

I wore them when I was younger because it was a fashion statement. Now I wear it because it is comfort, it is functionality and it is protection. Dancers are athletes as well—it is not just for entertainment. When you are doing sports, you have to wear shoes that are comfortable and functional. A lot of time I will get them for my dancers. [Sometimes they are] jumping from a pop-up box onto the stage, so we need to protect their ankles. When you rebound, it needs to absorb, but you also have to be comfortable on your feet because that’s where all our movement starts from. Our range of movement has to be limitless.

I know you have a long history of working with Director X, can you tell me a little bit about that relationship?

When you started choreographing, what was your approach?

The first video that I choreographed was “Gimme The Light” with Director X in Toronto. I was told by my mentor Luther Brown, who was the head choreographer and director of Do Dat, that when you choreograph you don’t think. I am a really strong freestyler. My father is a DJ, so I grew up around music and parties. I used to battle a lot when I would go out to clubs—if I was going to sneak out, I would go out just to battle.

I took my strength of being a freestyler and learned how to extract moves from what I did and put them in a sequence, and then mold them so they all look alike. So I went in knowing that I shouldn’t think, I should just work and dance off of what the music tells me to do. Because when you start thinking too much about choreography, for me at least, you start questioning and manipulating things that may not be what you truly feel. So I find your inner thoughts and your intuition is usually the best answer to be able to trust yourself in order to create something artistic.

Growing up here, would you say Toronto is kind of infused into your style of dance and choreography?

Absolutely. I am a product of my environment. Being from Toronto definitely shaped me to be who I am. I remember when I used to come out to the States a lot and tell people I was from Toronto, and the response was always like, ‘Oh, ok.’ You could never really understand what they thought. Like, ‘Oh, that’s cute.’ Or ‘That’s nice.’ I never got the same respect if I were to say ‘I am from LA,’ or  ‘I am from New York.’

People never really thought about Toronto when it came to dance at all, so I was the strange one. But then when I danced, there was something different about the way I move, which is why I ended up choreographing and doing more artist development. A lot of my work came from people wanting to dance like me and understand my movement, and that for me was [because of] Toronto, a melting pot of cultures. That’s been my strength and my armour; being from Toronto is actually why I have my career.

And how do you think the perception of the city has changed over the past decade or so that you have been dancing?

Now Toronto is the wave. Everyone is following what Toronto does, everyone is interested in what Toronto does, everyone wants to visit Toronto. Everyone wants to have a piece of Toronto in the sense that there are artists making music with people from Toronto, to producers wanting to be attached to the dance culture in Toronto. It’s hilarious because, it felt like for me, they never really saw us, and now everybody is so intrigued that they are gravitating to our sound, our music, our feel, our vibe, completely. We have Justin Bieber, Drake, The Weeknd, Shawn Mendes—they are literally taking over the airwaves. And music is what shapes every culture. Music is what changes fashion, music changes peoples’ thought processes.

When did you first notice that shift?

It definitely started happening on a huge scale when Drake started to really take over the airwaves. You could not turn on the radio or hear a song without Drake being featured on it. He repped Toronto so hard he made people pay attention.

You filmed the “Work” music video with Rihanna and Drake in Toronto. What inspired the choreography?

Doing that video was really easy for me, because we definitely just wanted it to feel like a Toronto jam—a Toronto West Indian jam to be specific. And Rihanna fit right in because she is from Barbados, that is her home and her heart. The music is her heartbeat.

Choreography wise, I had all the dancers do specific moves from dancehall songs that are out. We played “Work” the majority of the time, but a lot of the time the DJ that we had was really playing, so it became a real party. “Work” was basically a real, live Toronto party in The Real Jerk. So it was people in their most honest space where they don’t have to pretend to play a character and can just be who they are. That is what “Work” was, and that’s why the energy was so great and it translated on camera.