"My brain started telling me it was the last time I was going to be hot or sensual, so I’d better have new experiences and fun, my brain told me it was my last chance." 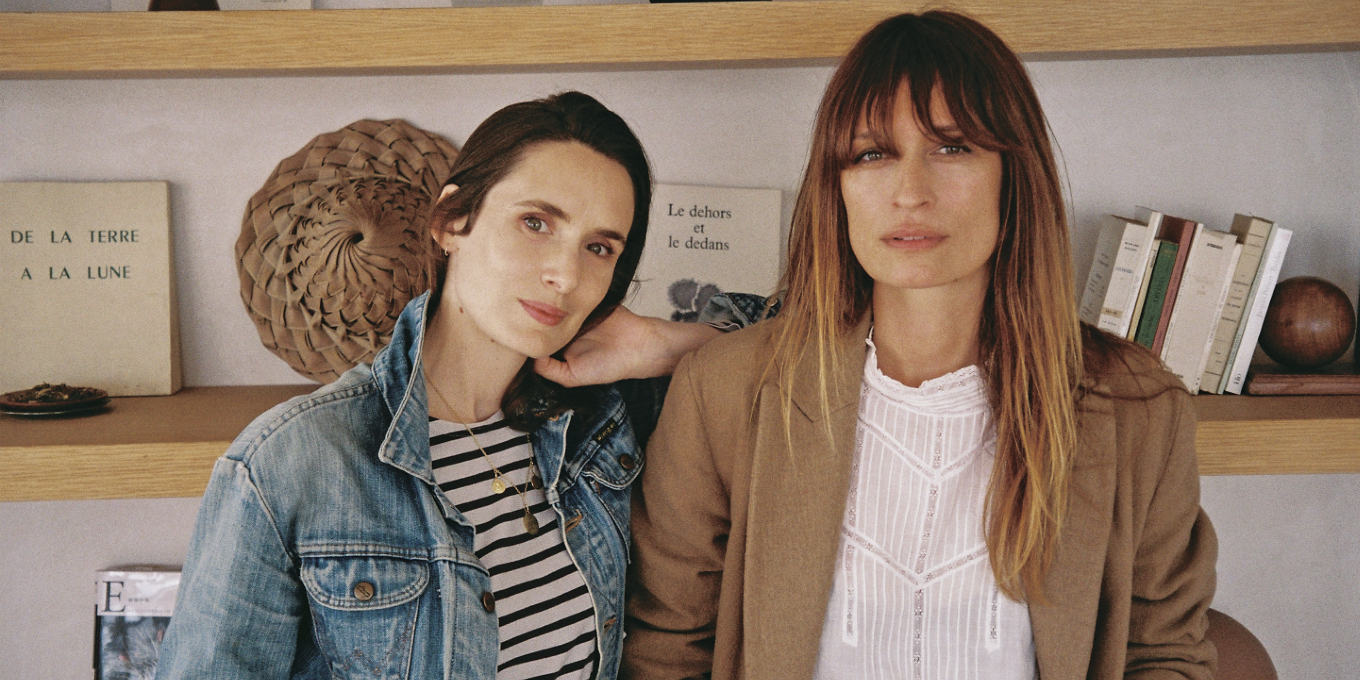 There is an old cliché that says that men age better than women, and while such generalized rankings are ire-raising and offensive in equal measure, I think we can all still agree that Frenchwomen mature better than any living creature.

Take famed French model and bestselling author Caroline de Maigret, who started her career in the ’90s being shot by Mario Testino and continues today as an ambassador for Chanel and a street-style queen (and somehow exudes more appeal now, at 45, than she did when she was on the runway for Marc Jacobs or Balenciaga). She’s also generous, because, along with her long-time friend and writing partner, Sophie Mas – an equally chic film producer – she has penned a collection of essays and advice titled Older, but Better, but Older. The funny, poignant and tellement French array of unexpected musings ranges from why you should consider Keith Richards your style icon to how to stay vital. (“Showing insatiable curiosity will make you look younger than a new pair of breasts.”)

We sat down with de Maigret and Mas to talk about the pleasures of maturity, the evolution of style and the “little surprises that make you feel like you’re not part of the youth club anymore, though your brain still thinks it is.”

In the book, you describe the process of realizing you’ve reached a certain stage as both funny and painful, like when you go to see your derm to have a mole checked out and they are suddenly suggesting Botox.

DE MAIGRET: “Or when you go to the gynecologist and she tells you that it’s your last chance to have a baby if you want one. Or when a girl in her 30s compliments you, telling you that she wants to be like you when she’s old, and you’re like, ‘Wait—I thought we were the same age!’ In a way, it’s just your skin betraying you because your soul feels different. Even though I love the knowledge and serenity I’ve acquired with age, I just didn’t understand that I was becoming another woman, the woman who comes after the young woman.”

People look to you as arbiters of style, but what do you think makes your style unique?

DE MAIGRET: “Style is a communication of your personality—the first thing people see about you is your clothes. I go with something androgynous because it suits my body and face the most. You have to try things on and find what works—then push it a little bit. It’s fun to find the edge with fashion.”

MAS: “We were more tomboyish when we were younger. It’s funny—as we get older, we try to be more feminine. I think we were afraid to be [feminine] before.”

DE MAIGRET: “We felt safer being a bit more masculine while in meetings.” MAS: “Now I am allowing myself to try new things. When I was younger and saw a woman who had great style, I would think ‘Wow, she is bold’—and now I understand why. Compared to [when I was in] my 20s, I have an urge to be more feminine and bolder.”

What’s the one piece that makes you feel like the best version of yourself?

DE MAIGRET: “For me, it’s a leather jacket—like the one I’m wearing right now. I like the fact that you’re stylish right away. It gives me an edge, and it’s like armour—I feel protected in it.”

MAS: “For me, it’s a navy jacket that used to be part of a tuxedo, but I never really wore the pants. It’s a serious jacket that I wear to make me feel confident: It’s very classy and timeless, but I can wear it with jeans.”

You’ve written about how midlife crises don’t play out for women the way you thought they did. What was surprising?

DE MAIGRET: “This is a bit clichéd, but I thought it was only for men who were living a second youth with a young girl—then I realized it wasn’t. My crisis brought a lot of thunderstorms into my life. I felt like everything was happening for the last time. My brain started telling me it was the last time I was going to be hot or sensual, so I’d better have new experiences and fun, meanwhile I’ve been with someone for 15 years. My brain told me it was my last chance to build a new career, which is completely crazy. It took me about 10 months to get over it and realize that you have to work on your past so it doesn’t become your future and to get to the new me, which is much more enlightened, serene and tranquil than I used to be, as well as much nicer to myself and to others. So it’s all for the better, but it was tough on me and the people around me. We even had to take a break while writing this book because I was going out every night.”

MAS: “We’re both optimistic people, so we try to see the light at the end of the tunnel and learn from a crisis. As someone who is going to be 40 this year, I’m realizing that I’m leaving my old self behind. It’s interesting to think back on what I wanted when I was 25 and what I want now and try to balance the two.”

Speaking of balance, when was the last time you needed to put ice cubes on your face—one of the beauty hacks recommended in the book?

DE MAIGRET: “Last week! [Laughs] Hangovers are not the same anymore— your face isn’t the same, your hair isn’t the same. You don’t know what you’re going to wake up like! Things change. It’s not as easy, but I go out a lot anyway. I go to concerts a lot, and I like to party. I’m a nighthawk.”

DE MAIGRET: “What is being an adult? It doesn’t feel how we thought it would. When we were kids, adults were like aliens, and I still don’t feel like an adult when I meet someone who seems like one for real. But then young kids make me feel ancient. My son is 14, and I think that to him, I’ve been 80 years old forever. He had a substitute teacher and was telling me that she was so old. I asked him how old exactly, and when he didn’t know, I asked, ‘Well, how much older is she than me?’ And he was like, ‘Ah! She’s not that old!’ [Laughs] Regardless, I still feel like I have so much ahead.”

Timeless Wardrobe Staples All Women Should Own 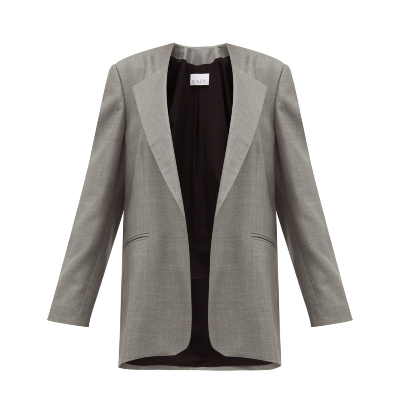 “We are into 24-hour pieces,” explains de Maigret. “A blazer is always a good piece; one that is perfectly big can take you anywhere.” Wool and silk blazer, Raey ($682, at matchesfashion.com) 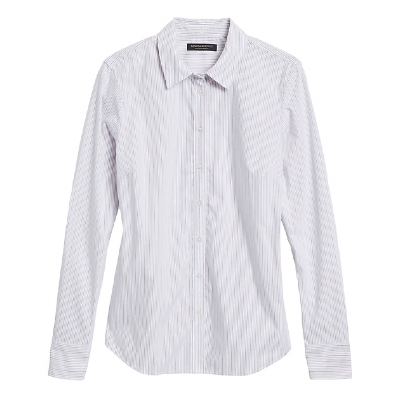 “It works on the weekend, at a cocktail party paired with a nice skirt or at meeting,” says Caroline de Maigret. “Sophie and I always like to open one button too many, kind of like Katharine Hepburn.” Cotton and polyester shirt, Banana Republic ($95, bananarepublic.ca) 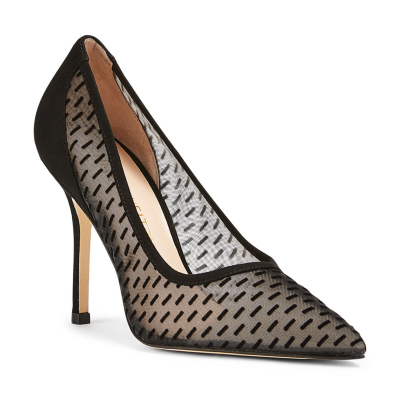 “Sure, they are good for a night out,” says de Maigret, “but I like a pair of high heels for days when I wake up in a great mood and feel sexy and want to conquer the world—which certainly isn’t every day.” Mesh and velvet pumps, Stuart Weitzman ($516, at shopbop.com)