Busting the 7 most common health myths

Does taking the pill make you fat? ELLE asks the experts about common health myths. 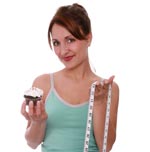 1. First-year students put on the “freshman 15.”
It is a popular belief that undergrads gain 15 pounds in their first year of university, but a new study from Rutgers, The State University of New Jersey, sets the record straight. A research team from the department of nutritional sciences at Rutgers’ Cook College weighed 67 volunteer students in the fall and spring semesters and found that the average weight gain was seven pounds. “We found that the first year of university is a period in which weight and fat gain may occur,” says Daniel Hoffman, principal investigator of the study, but the weight gain is less than 15 pounds, and it’s not universal.” Nevertheless, an alarming three-quarters of the students in the study did gain weight, possibly as a result of consuming too many calories — breakfast and lunch at all-you-can-eat dining facilities and fast-food joints and increased alcohol intake — combined with not getting enough exercise.”In theory,” adds Hoffman, “if this level is maintained through four years of university, these students have the potential to gain 28 pounds by graduation.”

2. Cooking with aluminum leads to Alzheimer’s
According to Health Canada, despite a number of studies on the subject, scientists have yet to find a clear link between aluminum and Alzheimer’s disease. What they do know is that brain cells of Alzheimer’s patients can contain up to 30 times the normal concentration of aluminum, but it’s unclear whether this is a cause or result of the disease. “The disease may develop from a combination of risk factors, including genetics, lifestyle and environmental factors,” says Dr. Jack Diamond, scientific director of the Alzheimer Society of Canada. “Aluminum pots, pans and foil contribute only very small amounts of aluminum to foods that are cooked in them. The amount does increase when the food is acidic — like tomatoes or rhubarb — but there’s no proof that this plays a significant role in the development of Alzheimer’s.”

3. Soy prevents heart disease
Many companies claim that soy products reduce the risk of heart disease, but soy’s health benefits may have been overestimated, says the Nutrition Committee of the American Heart Association (AHA). Recent clinical trials by the Friedman School of Nutrition Science and Policy at Tufts University in Boston failed to confirm that soy protein improves cardiovascular health, lowers blood pressure or raises high-density lipoprotein, or “good,” cholesterol levels. But you’re still better off eating a soyburger rather than a cheeseburger, says Alice Lichtenstein, chair of the AHA’s Nutrition Committee. “Heart disease is a major problem, so eating soy instead of animal protein is a win.”

4. Cellphones cause brain cancer
The results of a three-year study published in the British Medical Journal this January will, no doubt, reassure all cellphone addicts out there. Researchers from the University of Leeds, The University of Nottingham, The University of Manchester and The Institute of Cancer Research in London collected data on cellphone use from 1,716 healthy people and 966 individuals with gliomas, the most common and fatal type of brain tumour. They concluded that the use of a cellphone is not associated with an increased risk of gliomas on a short- or medium-term basis.

Can the pill make you fat? Find out on the next page …

Learn how to boost your metabolism with these easy tips!

Get out of your fitness funk!
5. The pill makes you fat
For years, we have blamed the birth control pill for our extra curves, but it seems we have been fooling ourselves all along. International public-health research organization Family Health International (FHI) recently reviewed 44 trials to see whether hormonal contraceptives like birth control pills pile on the pounds. While some subjects did put on weight, FHI concluded that the pill was not the culprit. “Women tend to gain weight over time,” says FHI researcher Laureen Lopez. “But as far as we were able to tell, there is no evidence of a causal relationship between birth control pills and weight gain.”

6. Stress causes infertility
“Stress doesn’t cause infertility,” says Dr. Carol Redmond of the LifeQuest Centre for Reproductive Medicine in Toronto, “but infertility sure can cause stress. What bothers me most when people say ‘Just relax — it will happen’ is that it blames the victim and implies the sort of control over our fertility that we don’t have.” A new study from Sweden suggests that there is no link between anxiety and successful in vitro fertilization (IVF). “During IVF, patients often express worries that their own stress may have a negative influence,” says Dr. Lisbeth Anderheim of Sahlgrenska University Hospital in Gothenburg, Sweden. “The fact that our study does not indicate any relationship is reassuring.” And what about that other fertility myth, “Once you adopt, you’ll get pregnant”? Around five percent of women who adopt later become pregnant — the same percentage as infertile couples who don’t adopt or have treatment and then get pregnant.

7. Melatonin cures jet lag
Weary travellers and shift workers will try anything to get some shut-eye, and many swear by synthetic melatonin. Marketed as a diet supplement, melatonin pills mimic the sleep-inducing hormone that our pituitary gland secretes at night. But a new study from the University of Alberta in Edmonton found no evidence to suggest that melatonin is effective at treating jet lag, shift-work disorder or secondary sleep disorders that stem from medical or psychiatric issues. It may not work, but is it harmful? “The study found evidence to suggest that melatonin is safe for short-term use,” says Nina Buscemi, a research associate in the department of pediatrics at the University of Alberta, “but more research is needed to determine its long-term safety.” Still unavailable in Canada, melatonin pills are sold in health food stores across the United States.

Read more
The detox diet — it can work for you!
How to tone and strengthen your core
5 easy ways to boost your energy