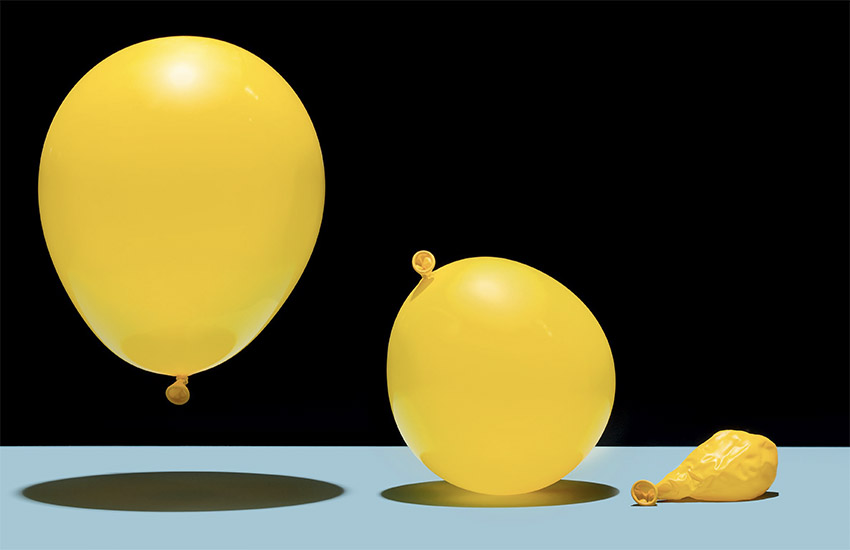 I knew I’d found the right surgeon to perform my breast reduction when I took off my shirt and she said simply, “Let’s get these off you.” As I sat on the crinkly paper sheet on the exam table in her office at St. Michael’s Hospital in Toronto, she explained that the two- to five hour surgery would involve cutting into the lower part of my breasts, removing excess fat, skin and tissue, repositioning my nipples and then stitching me back up. My only thought: “Finally.”

My road to reduction started back in September 2017, when I first filled out the paperwork to get the procedure—formally referred to as a reduction mammaplasty—covered by the Ontario Health Insurance Plan (OHIP). Breast reductions are currently covered by all Canadian provincial health plans, although the requirements for approval vary from province to province. To qualify in Ontario, you need to have at least one of two things: significant associated symptoms (like back pain and the inability to work out) or gross disproportion (picture Dolly Parton). I was two for two.

At 25 years old, I’m five foot six and 130 pounds. When people used to ask what my bra size was, I would respond with “E,” but I was never really sure. My surgeon never confirmed my cup size, but she did laugh when I told her what I thought it was. (“Sorry, honey, you’re definitely not an E” were her exact words.) Though my band size is a 32, I was buying 36DDs for the larger cup size and tailoring them to fit me. At specialty shops, I would take up to a 34K.

No matter what size I wore, bras left giant red welts under the straps and around my rib cage. My back always felt bruised. My shoulders felt permanently indented, and my posture was forever hunched. Even when I layered two—sometimes three—sports bras, cardio was not an option. Running and jumping—even the gentle bouncing of a spin class—were painful, causing tiny blood vessels to pop along the top of each breast.

But the discomfort was more than skin deep. I hated being described as “the girl with the big boobs.” My curves developed suddenly at 17, spurring “she stuffs her bra” rumours at the end of high school. I received unwanted attention from everyone—but especially men, who, even when I was wearing a crewneck, could not maintain eye contact with me. And if the man happened to be drunk, the attention was often topped with repulsive comments and pointing. My wardrobe’s sole purpose became to camouflage my shape in baggy shirts and sweaters.

While filling out the insurance form, I found it hard to pinpoint the amplitude of my pain. It had become my normal. (And I wasn’t alone: Nearly 10,000 women underwent breast-reduction surgeries in 2017 at in-patient facilities across Canada, excluding Quebec. And 4,032 women had OHIP-insured breast-reduction surgeries in Ontario.) Eleven months after the initial meeting with my surgeon, I was excited to find out that my surgery had been approved by OHIP. The date was confirmed for the end of January 2019.

Going into surgery, I had no idea what size I’d be when I woke up. Although I hoped for an A, I knew that a surgery that drastic wasn’t possible. (My surgeon had informed me that the protocol is to get you down to a size that fits your frame.) After two hours of surgery and two hours of recovery, I woke up to find a third of my chest gone. Even though my breasts were rock-hard from the swelling and all bandaged up, I could tell that they were smaller because there was space between them—an unknown luxury.

For the first week post-surgery, I was completely dependent on others—and my pain meds. I felt an overall soreness paired with the occasional zap of pain while all my nerves reconnected. After that, however, I stopped all medication and started to feel like myself again. In the six weeks since, I have been living in a sports bra 24 hours a day, as instructed, and have not been allowed to lift more than five pounds. (Exercise is currently out of the question, but I’m looking forward to attempting all the activities, like running, I was unable to do before.)

After my bandages came off, my chest looked nothing short of a horror movie: It was covered in dried blood, and the occasional stitch was visible. But my scarring is already fading from red to light pink and improving every day. I’m now wearing a 34DD, but my surgeon says it’s too early to determine final size and it takes about six months to a year for all the swelling to subside. While I do wish my breasts were (way!) smaller, I’m very happy with how things are looking so far.

Although I still have what would be considered a large chest, it’s no longer my primary descriptor. Now, I don’t have to dress with the intent of hiding my shape, and the next time I receive “big boob” comments (there will always be those), it will mean that I’m loving my body enough to show it off.  I’m looking forward to adding tank tops to my summer wardrobe. As is often the case in life, it’s the little things that bring joy—or, in this case, the little-bit-smaller things.

This article originally appeared in the June 2019 issue of ELLE Canada.