She thinks hair care is a form of self-care, too. 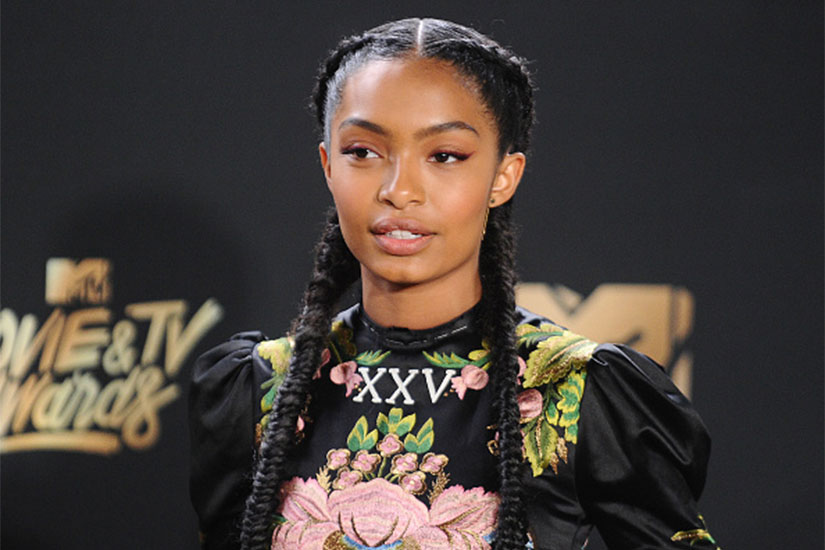 Black-ish star and teen activist Yara Shahidi has partnered with Always to unveil the new #LikeAGirl campaign. The partnership could not be more fitting, as Shahidi consistently uses her voice to ignite conversation on social issues and to incite change. Now, with Always, Shahidi is focused on a new goal of encouraging all girls to use failure as fuel to build their confidence and to empower them to keep going. “I have admired the campaign for a long time and I do have to say that Always has a track record of really investing in communities that need support,” says Shahidi when we reached her over the phone in New York City. “It really does mean a lot when people use their resources in such intentional ways.” Here, she talks self-confidence, the concept of failure and self-care.

What advice would you give to those wanting to get over their fear of failure?

It really is about getting rid of this concept of failure altogether. Many times we get stuck on this idea that we failed versus completely reimagining it. Our personal growth is not some linear, pretty projection – it takes all sorts of twists and turns and that’s just how we develop who we are. Rather than viewing it as a stopping point for us to reside in, view it as a motivating force.

Have you ever felt societal pressure to act a certain way as a role model, especially since you’ve grown up in the public eye? Does it impact your self-confidence?

Fortunately, the support and love that I’ve gotten is for being Yara, so I do have the great luck of not having to be somebody else to gain that kind of support. But honestly what’s interesting is that girls everywhere are going through the same thing. Whether it’s school or a job or whatever it is, that projection of themselves that they feel they have to fulfill is what this campaign is about. One, it’s about being your authentic self. It’s also about making sure that everyone has the tools and ability to know that there’s a community of people going through the same thing that they are and are there to help all of us grow collectively.

✨50% of girls feel paralyzed by the fear of failure ✨but those challenging moments can help girls grow and build their confidence.✨I&#39;m excited to be working with the @Always_brand to empower girls to Keep Going no matter what. ✨Together we can help girls see that failing is ok ✨share how you made failure your fuel in the comments below ✨ tag  @always_brand &amp; use  #LikeAGirl) 〰I’ll be taking over the @always_brand account today ⚡️

Yeah, it was unexpected but all of a sudden everyday for season one we were curling my hair. Making the decision to just go no heat for right now and nurture my naturals curls has really helped. The one thing that I love about my curls is that you can’t help but take up space when they’re out and in their full state. My curls have been such a part of who I am that to really take care of them is like another method of practicing self-care in a way.

What aspect of your beauty routine makes you feel your absolute best?

I think it’d have to be skincare, this summer especially there has been a large focus on rejuvenating my skin. I feel my best not just when I look my best but when I’m truly healthy. It’s not just about the surface problem of “Oh I have a bump” because that means that I have to look at my diet and I’m trying to work on being a little more active in my life. It really does perpetuate this idea of finding the root cause and taking a moment to take care of yourself.