Ballerina Heather Ogden on fitness, pregnancy and the importance of body positivity 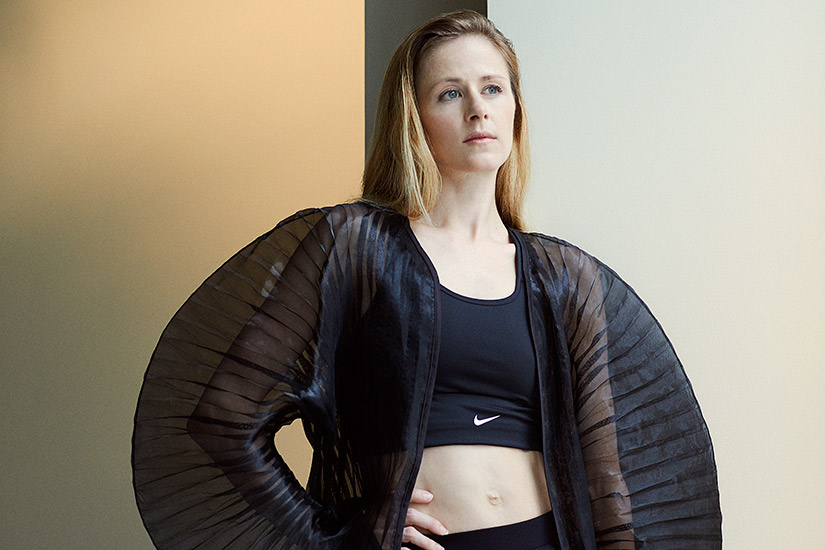 Fun fact: Heather Ogden spends more time training in one day than we’ve logged at the gym all month. “We’re in the studio about six hours a day,” the National Ballet of Canada principal dancer tells us during a rare break between pliés and pas de deux. “There’s ballet class, where we train and warm up, and then we split up for separate rehearsals,” she says. “There are six different blocks of rehearsals and an hour for lunch. In between, dancers will often fit in Pilates, and we have a gym. In some ways, dancers look delicate, but we’re strong; we’re athletes.”

We’re ready for a massage just listening to Ogden’s schedule, but it’s no big deal for the Toronto native. She has been dancing since she was six, a member of the National Ballet since 1998 and a principal with the company since 2005. Along the way, she has starred in countless shows, from The Sleeping Beauty to The Nutcracker to this summer’s groundbreaking Frame by Frame, a multimedia collaboration with Canadian film-maker Robert Lepage and Ogden’s husband, Guillaume Côté, choreographic associate with the National Ballet (and a crazy-talented dancer in his own right). We spoke to Ogden shortly after she and Côté returned from a family vacation in Florida with their children, Emma Rose, three, and Léo Jeffrey, one.

Please tell us you took some time off from training during your holiday.

[Laughs] “I did rest, for sure. But I don’t want to stop moving completely. I went swimming one day, and I went to the gym. I’m so used to it. Movement in my body makes me feel good. [But] we’d just finished a big season with Sleeping Beauty—it’s mentally and physically tiring, so it’s healthy to take a little break.”

The mental side of performing must be as hard as the physical.

“There’s a higher level of focus. This is what we work for—the shows—so each time, you want it to be the best you’ve ever done it. Luckily, I don’t have a big problem with nerves, which I’m super-grateful for.”

Do you have any pre-show superstitions?

“When I first joined the company, I used to have these little good-luck charms—jewellery and a beautiful pillbox. It was silly. I was 17. Now I feel it’s all about the warm-up. I find comfort and calmness in being prepared. I like the process of getting my makeup and hair done. I hate to be rushed. I get into the studio early [to warm up]. If I need privacy, I’ll put earphones in and listen to music—a workout mix if I want to get pumped up or sometimes classical music.”

You kept dancing right into your second trimester during your second pregnancy. That doesn’t happen a lot in ballet.

“With my first child, I had morning sickness and was much more cautious. But with Léo, I had tons of energy. At three months’ pregnant, I performed at the Lincoln Center in New York and thought that that would be my last show, but I still felt really good. A month after that, we were doing a new piece of choreography at the Art Gallery of Ontario, and the choreographer was totally open to me dancing. If it had been traditional ballet onstage, I wouldn’t have been dancing that far along.”

That sends such a good message.

“I felt strong and happy, so I thought, ‘Why don’t I try to continue?’ I was showing a bit. But people were like, ‘Why should you hide it? It’s beautiful. You’re growing another life.’”

The idea of the “ideal ballet body” is changing, thanks to people like Misty Copeland [the American ballet dancer who was told she was too muscular to succeed]. Have you noticed that?

“She’s definitely sending that message. If Misty had listened to what people said, she would have just stopped dancing. But she was strong enough [to keep going]. I think these strong women we’re raising are going to break a lot more barriers than we even believe possible.”

Is that important for you—that the next generation of dancers has a positive body image?

“Yes, especially having a daughter—I always want to be careful with my words around her. [So, for example, saying things like] ‘If you eat this, you’re going to be strong like Moana [the Disney character].’ I’m making sure her role models are strong, healthy women. I feel it’s my job to show her that.”