4 health headlines you need to know this week

Are skinny jeans safe? What about cellphones? 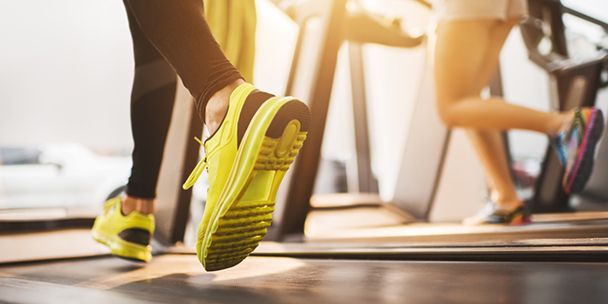 INTERNET HOAX
On the heels of the unfortunate “belly-button challenge” – based on a study that said women who couldn’t touch their belly button when they stretched their arm around behind their body needed to lose weight – comes another trend we’re hoping falls out of style fast. Women and men in China are placing piles of coins on their collarbones: the more coins you are able to fit, the thinner you are. If it sounds silly, it is. “From a nutrition standpoint, these challenges are beyond ridiculous,” says Toronto-based registered dietitian Abby Langer. “First of all, just because your collarbone sticks out doesn’t mean you’re thin, it might mean you have a prominent collarbone because that’s the way you’re built. And wrapping your arm around your torso to touch your belly button may simply mean that you have long arms. In no way are these absurd challenges a measure of body weight.”

STASH THOSE SKINNY JEANS
Here’s a safety (rather than sartorial) reason to pull out your flared jeans this summer. According to a case study published in the Journal of Neurology, Neurosurgery & Psychiatry, bending in your tight, skinny jeans for a long period of time can harm muscles and nerve fibers in the legs. The revelation came after a 35-year-old woman was admitted to hospital with numb feet and swollen calves after spending the day squatting and bending (she was helping family members move) while wearing skinny jeans. It’s thought the tight jeans (along with the squatting) reduced blood supply and caused nerves to compress.

COUCH POTATO ANGST
We all know that too much sitting around is linked to obesity, heart disease and osteoporosis. (We blame Orange is the New Black. We’ve been unable to leave the couch since the third season hit Netflix.) But a new report published in the journal BMC Public Health suggests a sedentary lifestyle can also cause anxiety levels to skyrocket. Researchers at the Centre for Physical Activity and Nutrition Research at Deakin University in Australia analyzed nine studies and found that the connection could be a result of sleep disruption, social isolation and slow metabolism. Our takeaway? It’s yet another good reason to lace up those runners and get outside.

DIAL 911?
Is the electromagnetic radiation from cellphones or wireless networks dangerous? That’s what the House of Commons Standing Committee on Health is attempting to find out. It has released a report requesting that there needs to be more research into human exposure to electromagnetic energy. But health authorities aren’t so sure. On its website, Health Canada notes it has established Safety Code 6 to protect Canadians from radiofrequency fields and that it continues to review studies and conduct its own research on the matter. “Health Canada…maintains a general public exposure limit that incorporates a wide safety margin and is therefore far below the threshold for potentially adverse health effects.”

READ MORE
Is growing out your armpit hair the next summer grooming trend?
Nike master trainers respond to your excuses not to work out
Six superfoods you’ve never heard of