3 clues Adele is about to drop her new album 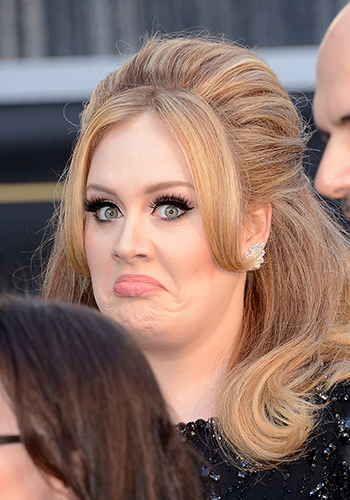 We’ve been waiting for new music from all-the-Grammys-winner Adele for like, everrrrr. To be precise, the “Someone Like You” singer hasn’t released fresh tracks since 2012, when she wrote/sang the mega-hit James Bond theme, Skyfall.

That said…there are some good signs the Adele-drought may be drawing to a close.

If you’ve been anywhere near the internet recently, you’ll have heard about the case of the “mystery clip”, an uncredited few seconds of music that aired on UK TV over the weekend that most people are crediting to Adele (if it sounds like Adele, looks like Adele, it probably is Adele). Management have neither confirmed nor denied, so…

The hitmaker and One Republic front man has long been rumoured to be working with Adele on her new record. Following the release of the mystery clip, he engimatically tweeted out “Adele :)”, which I mean says everything…or nothing.

This is perhaps the most intriguing piece of intel. The UK rapper let slip that he’s heard a lot of acts are pushing back their own album releases in anticipation of the imminent release of the sure to be juggernaut “25”, which is what Adele’s next album should logically be called.

Chilled out playlist for these chilly fall days