The best hair at NYFW was rose quartz

It's the colour of "glamorous angst." 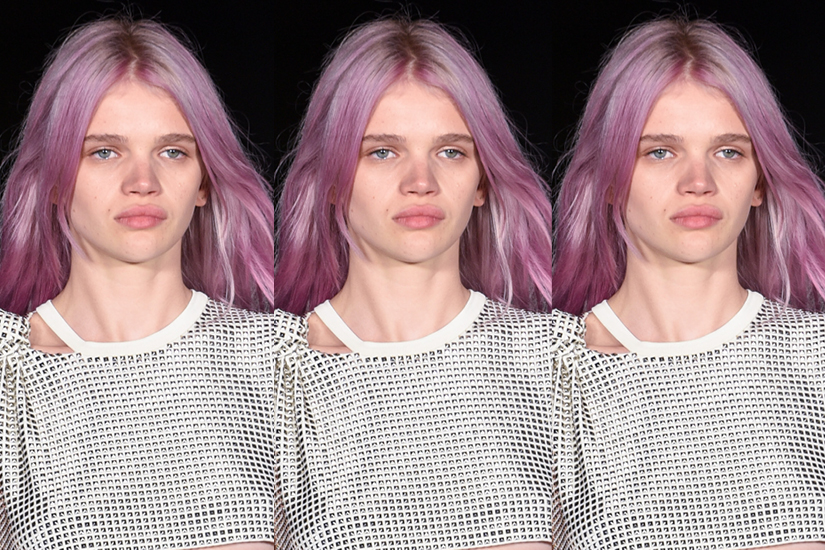 Each season, the Alexander Wang show has some sort of major hair moment at the hands of legendary hairstylist Guido Palau. Last spring, 18 models went bleach blonde. The spring before that, Palau created extreme “bi-level” bobs on two models. For fall 2017, there were buzz cuts.

This season, British colourist and Redken global creative colour director Josh Wood was responsible for taking model Stella Lucia from blonde to a richly hued purple he dubbed “rose quartz,” inspired by Berlin and Kate Moss in the ’90s. “It’s almost [the colour of] glamorous angst,” Wood told us backstage.

Amazing show for @alexanderwangny for #NYFW. Thanks for the pics @theststyle I managed to get a few behind the scenes pics too creating #rosequartz ,check out my story. @redken @guidopalau

To create the multi-dimensional look, Wood layered several different shades on top of one another. “The idea is that you can look into the colour, and see other colours within it,” says Wood. “We started with a grey undertone, and then layered different pinks and violets overtop.” (The grey was the only permanent colour, he notes, the others were temporary and semi-permanent hues.) Wang had a very specific tone in mind, requiring the hairstylist and designer to send photos back and forth throughout the eight-hour process to ensure the colour was a match. Lucia was finally sent to Wang for in-person approval. (She got it.)

“It’s how you think about makeup in a way, it’s a colour that’s faceted,” says Wood of the “vivid but not bright” shade. “It makes it look sophisticated and more modern than some of the brighter shades.”

Though Lucia seemed cooly indifferent about the look backstage, she liked it enough to keep it around. She still had the colour in her hair when she walked the Coach runway days later.