Split ends: Is it time to break up with your hairdresser?

How do you know when it's time to move on from your trusted hairdresser? 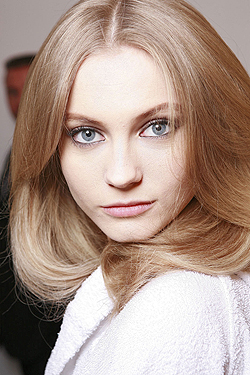 I started seeing “Eric” after a string of unsuccessful relationships with men who didn’t listen to me and didn’t seem to care about what I wanted. Eric understood me. He knew what I needed and gave me exactly what I asked for.

“Not too gold but not too ashy either,” I told him the first time we met. “I like some natural colour showing through.”

Eric knew his way around
blond highlights, and he became my guy. We were together for years; we had an understanding. And then, not long ago, I had to leave town on business and found myself in dire need of highlights. It was Monday, and Eric’s salon was closed. I was flying out Tuesday afternoon.

“Try Luis; I hear he’s great!” said my friend Grace, who had set me up with Eric in the first place. “Where’s your loyalty?” I asked, searching for Luis’ number online.

Now, Luis isn’t just any colourist; he’s something of a celebrity. I’d been hearing about him lately—was it fate that we meet? The salon was open and I dropped some names, clients of his whom I knew, to get an appointment the next morning. I felt that heady mix of anticipation and dread that a woman who is about to cheat on her partner must feel. Dread because I was sure I’d be found out: My
hair would give me away.

As soon as I saw Luis, I knew I was in trouble. I felt something for him right away, and his salon felt like home. (It is, actually, in a house.) Also, I’d been squeezed in between two celebrity clients—a TV personality and a recording artist—could I afford the bill? I wasn’t sure how to tell Luis what I wanted; I only knew that I didn’t want to be one more woman demanding “Give me Jennifer Aniston’s colour” (apparently the most requested). I told him how I liked it (“not too yellowy gold”), and then I gave in to him completely. I tried not to think about how Eric would feel about another man touching me in places once reserved for him alone.

Some colourists are good enough and, tired of playing the field, you settle with them. Then there are colourists like Luis: His incredibly natural technique and intuitive pairing of hair colour to skin tone leave you looking prettier and more attractive than you’ve ever been. You want to scream “You’re so good! I love you—er, I mean, it!”

At first I wondered how to explain my indiscretion to Eric; now I wondered how to break up with him. I never meant for it to happen. It was just one of those things. To make matters worse, Eric works at the same salon as Mark, who cuts my hair, and I wouldn’t think of leaving Mark.

Mark has had some terrible luck lately, and a friend of mine had left him, so I couldn’t—not now. “Email him,” suggested a friend who felt I could “do better” than Eric. “Why bother?” asked another. “He’ll get the message when you don’t come back.” That seemed cowardly and mean—like a man who just stops calling. Besides, I would run into Eric at Mark’s salon. I had to say something, like maybe “This isn’t about you; it’s about me.” But that wasn’t true. This was really about Luis.

A month passed and I was due for a cut. I had to do the right thing—and avoid an awkward situation. I called Eric. “I’ve met someone else,” I said. “Maybe we should see other people for a while.” I decided that “You’ll always be special to me” would be going too far. He took it well. He said that I could always come back if things didn’t work out. I said I’d see him soon and hung up, relieved. Maybe, just maybe, we could still be friends.

Meet the hairdressers who aren’t afraid to give clients the chop.

If there’s one relationship where women think they have the upper hand, it’s with their hairdresser. We often flit from one salon to the next in search of the perfect hair mate without care or concern for those left behind. even if we’re in a long-term commitment with our stylist, he’s only one bad dye job away from being replaced. that’s why we were surprised to discover that hairdressers bidding a not-so-fond farewell to clients is a common occurrence. Perhaps getting dumped by their stylist is so shameful that women don’t talk about it. Here’s the other side of the scissors story.

The end of an era:
Paul Bousaleh, Suki’s, Vancouver

“She felt that I’d made a mistake [cutting layers, as agreed] and wasn’t admitting it. She started to get personal. I gently explained that there was no mistake. In the end, I said, ‘It’s really breaking my heart that, after all this time, we can’t see eye to eye. I can recommend a few hairdressers here or at another salon. But I can’t do your hair anymore—I’m really uncomfortable.’ I walked out; it’s not worth all the heartache and sadness.”

It’s not me; It’s you:
Victor Allen, Sudis Spa and Salon, Toronto

“I’ve fired several clients—one of whom left me feeling insulted after giving her fifth or sixth ‘flat tire’ excuse for being late. I told her ‘This just isn’t working out. You need to find someone who is more flexible with his time.’ It’s like a boyfriend who suddenly becomes aggressive and you say ‘If that’s the way you’re going to treat me, you’ve got the wrong person.’ Either he’s going to leave or he’s going to stay and be careful about saying anything like that again. I also have a long-term client who always wants her cut redone. Obviously, she has something going on in her life, isn’t happy and is choosing to take it out on me. If my technique is so incorrect, why does she keep coming back? Finally, I told her she needed to find someone else. I gave her full credit on her credit card and wished her good luck on her journey. I don’t believe in being rude. If I know someone is ex- tremely difficult, I’ll always be busy—every week, I’ll be ‘solidly booked.’ Eventually, she gets the message.”

Festival season is back! Here are the most trendy hairstyles of the season to try right now.