It's time for a new, community inclusive, look. 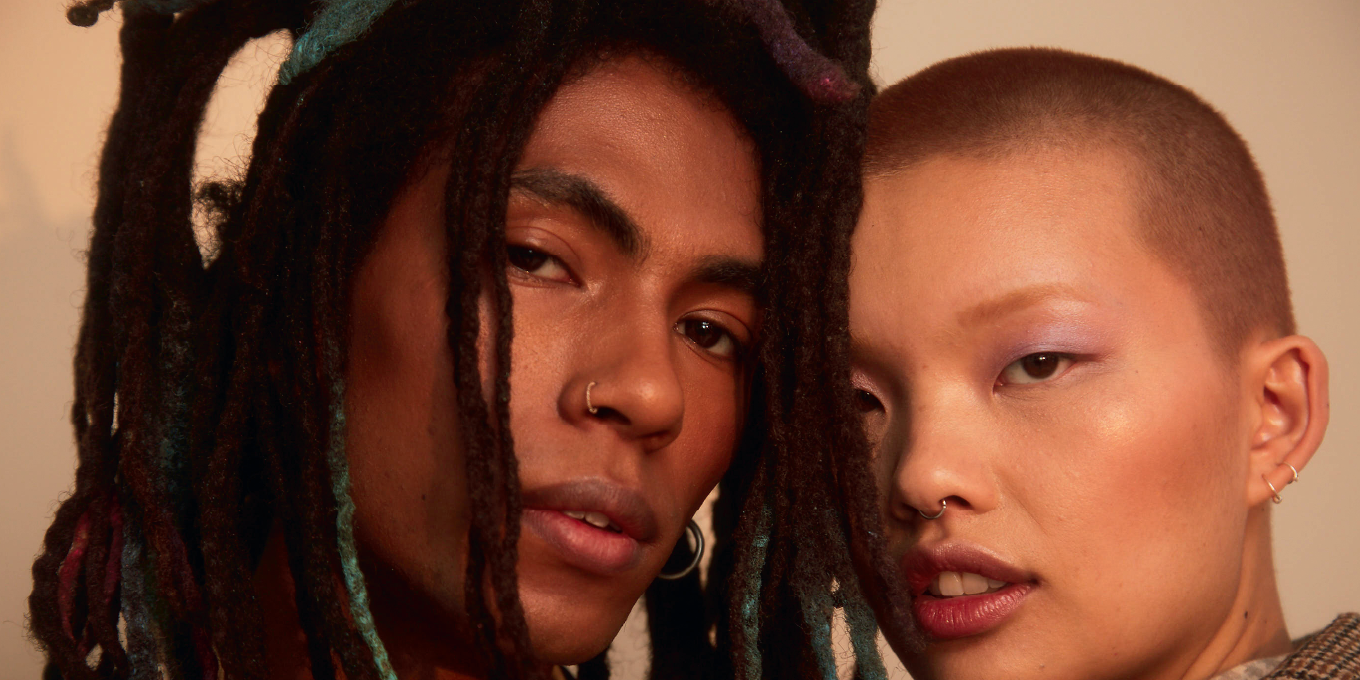 Several months ago, I ended one of my longest-standing relationships. After being a loyal patron for 16 years, I broke up with my hairdresser because her service was no longer in line with my non-binarity. My decision was made after a series of disappointing visits to fine-tune a short haircut. No matter what I said, my requests were met with resistance and her desire to preserve the femininity she wanted me to have. I felt like I had wasted my money and that the cut I received did not meet my needs or reflect how I felt inside.

When I was young, I studied androgynous characters like Mulan and Joan of Arc with fascination, and even then, it seemed to me that the act of cutting one’s hair could be profoundly transformative. Over the years, I had every haircut imaginable, always searching for that liberating sensation that would make my androgyny real.

Haircuts have long been synonymous with changes in identity and with some form of rebellion. They’re a fabulous tool of expression for anyone but especially trans and non-binary people in search of a match between what they see in the mirror and how they feel inside. “Haircuts—especially gender-affirming ones—are kind of a first step toward transitioning,” says Kristin Rankin, owner of the Fox & Jane salon in Toronto and founder of the Dress Code Project. “The nice thing about them is that they are accessible and they can be changed if you don’t like them—they’re a less permanent thing.”

“Accessible” is the keyword. Faced with a multitude of costly decisions requiring both emotional and physical involvement, such as whether to take hormones, undergo surgeries or invest in a complete wardrobe change, gender-nonconforming people can use hair as an affordable testing ground for exploring their identity. Hair changes can provide a profound sense of gender euphoria, a joy that has measurable impacts on queer people’s mental health and quality of life. “Affirming approaches to care, services and basic activities that cisgender people take for granted is significant in terms of mental health,” says Carey Lawford, a social worker for the CAMH Gender Identity Clinic (Adult). “It’s about being seen, and haircuts enable people to be seen and see themselves reflected accurately. It’s as simple and as basic as that.” 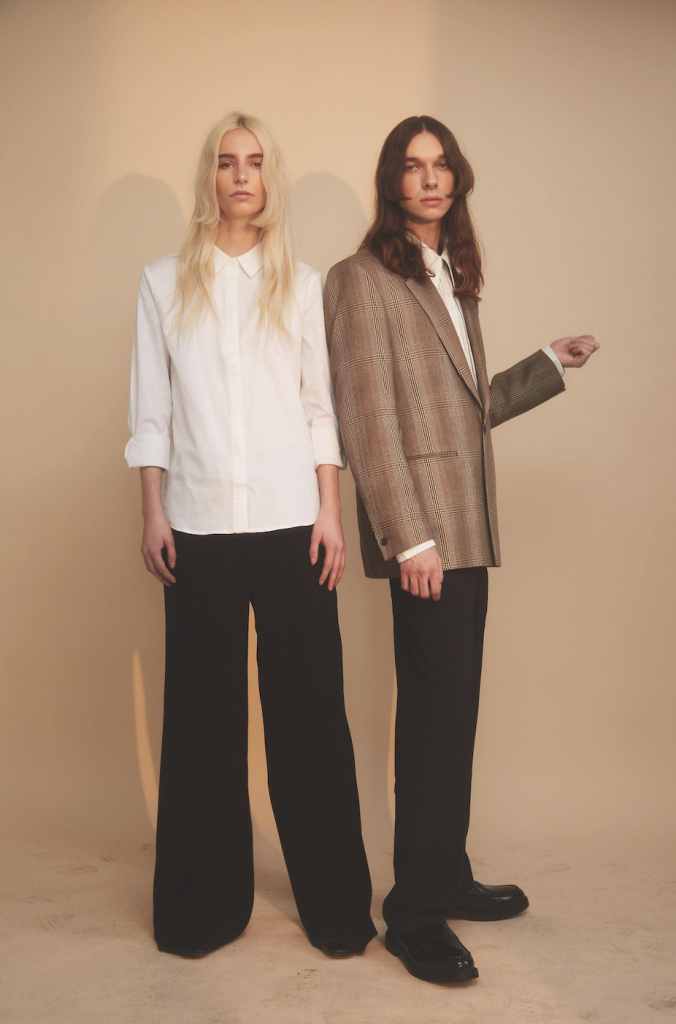 The problem is that despite the progress that has been made in recent years, the hairdressing industry remains rooted in a binary paradigm, a mindset that’s ingrained in staff from their training onward. Men’s and women’s cuts are divided by arbitrary standards, barbershops are unwelcoming to feminized people and  pricing charts are still largely binary despite recent efforts to replace this outdated model.

“In my experience as a transgender man, a haircut was one of the ways I could really look on the outside the way I felt on the inside,” says Tyler Lumb, a CAMH barber. “Unfortunately, within the hair industry, the prices are based on gender, not length or style, so I always had a hard time getting a short haircut and having to pay the ‘woman’ price. Although my cut felt great and I looked the way I wanted to, having to pay as a ‘woman’ caused extreme dysphoria for me, and I didn’t want to return to that salon or barbershop.”

When limited to services that categorize clients, trans and non-binary people have to contend with the assumptions and microaggressions of hairdressing staff, who often conduct appointments based on perceived gender rather than a person’s felt gender. How can gender-nonconforming people feel seen, respected and celebrated in a field that has made gender binarity the cornerstone of its teachings?

Fortunately, things are changing. At the forefront of this revolution are queer hairstylists who are determined to effect change in what was once a site of painful experiences. This reclaiming of power allows them to give their community radically inclusive and caring spaces—to offer the kind of service they would like to have received in their own vulnerable moments.

With the Dress Code Project, Rankin offers comprehensive training to salons that want to become safe and affirming spaces for the LGBTQ+ community. Hairstylists and barbers learn how to talk about a haircut in terms of texture, length and density without using the crutches of “feminine” or “masculine.” With everything from universal-pricing charts to non-gender-specific bathrooms being covered, it’s all about making the transition to an inclusive business model easier. And it’s not just for insiders. “I’m really surprised and pleased that we’re not just [hearing from] people who are already [aware of these issues],” says Rankin. “We get a lot of people who say ‘I don’t know a lot, but I want to learn.’”

It is precisely this open-mindedness that is fostered by the eclectic community gathered by MJ Déziel, owner of Apart Studio in Montreal. After a decade working as a hairstylist, Déziel is happy to see that the industry is now diversifying, thanks in part to the visibility that social media offers to emerging talent. “Before, people used to go to big salons with big names that were well established,” says Déziel. “Now, there are a lot of small studios opening their doors, offering a much more intimate experience. I’m a big fan of this new generation; it’s definitely more collaborative.” 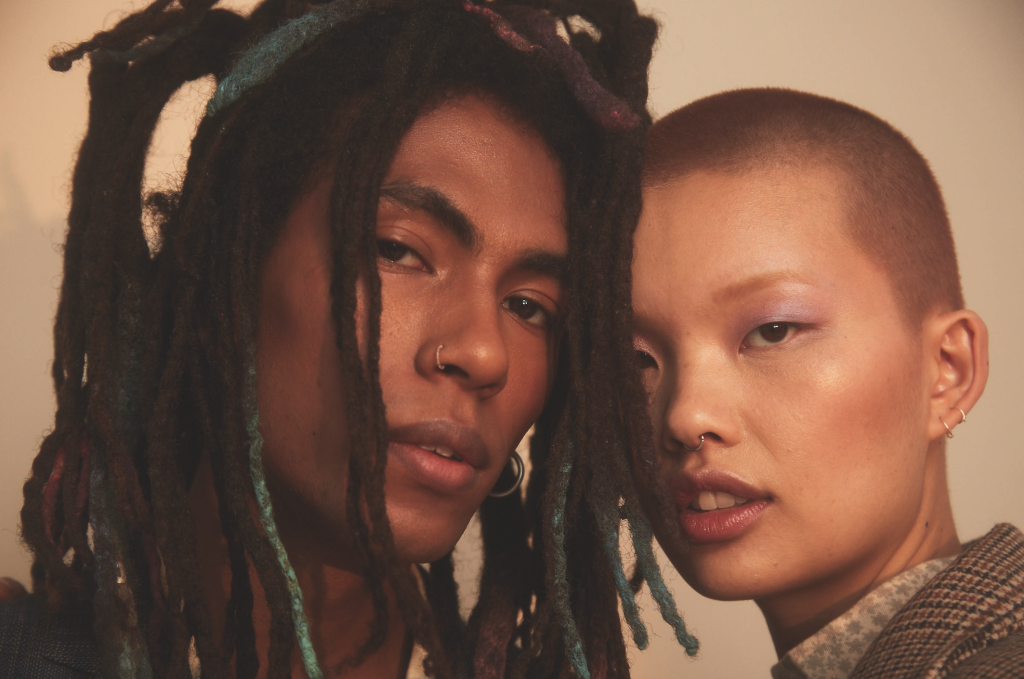 One of these small, intimate studios is Montreal’s call me noAM. It was only after experiencing a moment of gender euphoria following a haircut that Noam Auger decided to learn how to handle scissors. “I wanted to cover my own need to grow in an inclusive and safe environment,” says Auger. “My mission was also to think about the community and make up for the lack of an [inclusive] space by creating it.” Consent, listening and gentleness are emphasized in this quiet studio, and clients can even request silent appointments—a rarity that feels good for neurodiverse people.

While everyone has their own approach, there are some things that experts believe are essential and should be adopted universally: asking for pronouns when making an appointment, doing a thorough consultation before the haircut to give clients adequate space to express themselves and offering basic education on products and hair care—knowledge that is generally shared between family members in interactions that trans people have too often been deprived of. The idea is to consider everything that would make a haircut a validating experience—before, during and after the appointment.

When these conditions are met, the magic of gender euphoria can really happen. Rankin and Auger have experienced practice-altering encounters that concretely demonstrate the power of a gender-affirming haircut. Taciturn, non-verbal children who were allowed to decide on their own haircut transformed over the course of the appointment; their posture grew prouder and more open, they made more eye contact and they left the salon feeling fulfilled, unburdened and ready to be children again. The same thing happens to people of all ages, and Déziel believes that helping clients discover how to express their authentic self is a way to save lives. “When I see the eyes of people who feel taken care of because we’re going to make this transformation together and I’m holding their hand, it goes beyond a haircut,” says Déziel. “I tell people all the time that we’re cheap therapists. I don’t just walk them through a haircut; I walk them through a whole transition, and it’s very rewarding.”

As far as my own hair is concerned, things are much better now. A caring friend facilitated the change to a new salon by giving me a call me noAM gift card—financial and moral support that helped me when I needed it most. Auger took the time to listen to me and come up with a plan for the cut before he even touched my hair, and I was able to express my preferences throughout the appointment without the fear of offending him. It was light and easy. My hair was no longer disappointing; instead, it revealed the best version of myself, the version long stifled by the fear of complicating other people’s lives. “The beauty industry and mental health have a direct effect on each other,” says Lumb. “We can heal through hair and fashion as long as we are accepted.”

Read more:
The Top Hair Trends for Fall-Winter 2022-2023
7 Products to Breathe Life Back Into Damaged Hair
How Alopecia and Hair Loss Affects the Black Community