How Will Meghan Markle Wear Her Hair on Her Wedding Day?

There are a couple of plausible theories. 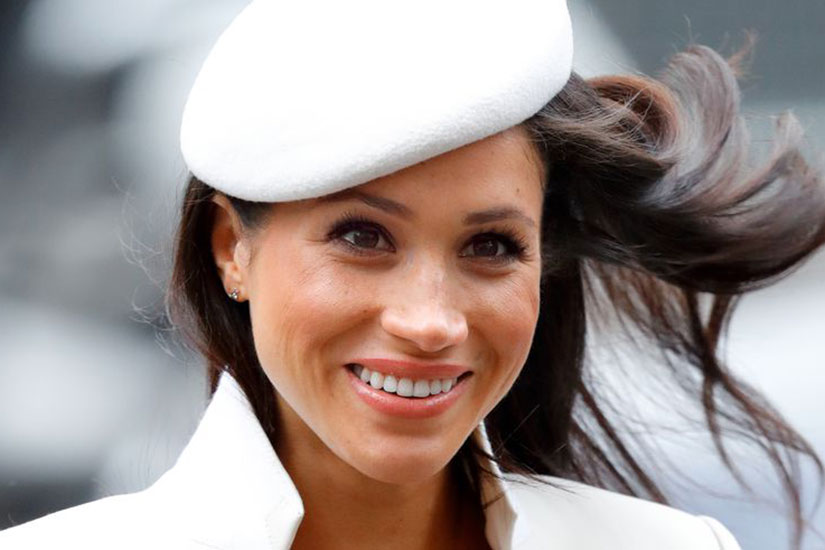 As we get closer to the May 19 royal wedding of Prince Harry and Meghan Markle, we can’t help but devour every bit of info—speculative or not—on the occasion. Among the most elusive details are what Meghan Markle plans to do for her beauty look that day, and more specifically, with her hair. Will she commit to her signature “messy bun“? Will she take a cue from Kate Middleton and wear it half-up, half-down? Will she surprise us all with something totally different?

On April 25, a Daily Mail story came out claiming that celebrity hairstylist Miguel Perez was set to do Markle’s hair on the big day. “Yes, I do Meghan’s hair. I do Amal’s, and Meghan is friends with her,” he reportedly said,”Amal put Meghan and me together when she moved here [to London]. I do her color, her cut and her styling.

“We have talked about it [the wedding] and we have a plan,” he shared. “I can’t say any more, but we know what we’re doing.”

However, on May 2, Perez said on Instagram that he’s never even met Markle, calling the article “fake news.” “When this came out, I sent an email to correct it, so please whoever is using my Instagram pictures and quoting me, it’s all fake,” he wrote.

There is a fake news that I am doing the royal wedding, I can confirm I did not even meet Megan, there is someone out there that it will be doing it, out of respect please any magazine or online information are not true, when this came out I sent and email to be correct it, so please whoever is using my instagram pictures and quoting me it’s all fake.

A post shared by Miguelperez Salon (@miguelmartinperezldn) on May 1, 2018 at 4:02am PDT

In other hair rumors, Meghan’s Mirror, a Markle fan site since 2016, had an interview with an anonymous hairstylist who claims she used to do Markle’s hair during her Suits days.The stylist is based at the Blo Blow Dry Bar in the Shangri-La Hotel in downtown Toronto, where Markle was apparently a frequent customer. Her go-tos from the blowout menu were “Pillow Talk” (messy beach waves), “Red Carpet” (classic blowout with a lot of body and some bends in the hair), or “Executive Sweet” (stick-straight strands). All of these seem to suggest Markle prefers wearing her hair down.

When she’s not wearing an updo at public appearances, she does favor a loose blowout, so a similar look on her wedding day wouldn’t be a total surprise. You may recall she wore her hair down when she announced her engagement with Prince Harry:

And, at her most recent appearance at a ceremony for Anzac day, she also wore her hair down but super straight.

So what’s the verdict? It’s unclear. Like most details about the royal wedding, it’s all speculation at this point. What is fact is that Markle can pull off anything and make it look elegant (hello, topknot). So, until further info comes out, we’ll be fixating on another big question: Which tiara, though?