We met with Canadian artist Vivek Shraya as part of the Canadian launch of Pantene’s Hair Has No Gender campaign. 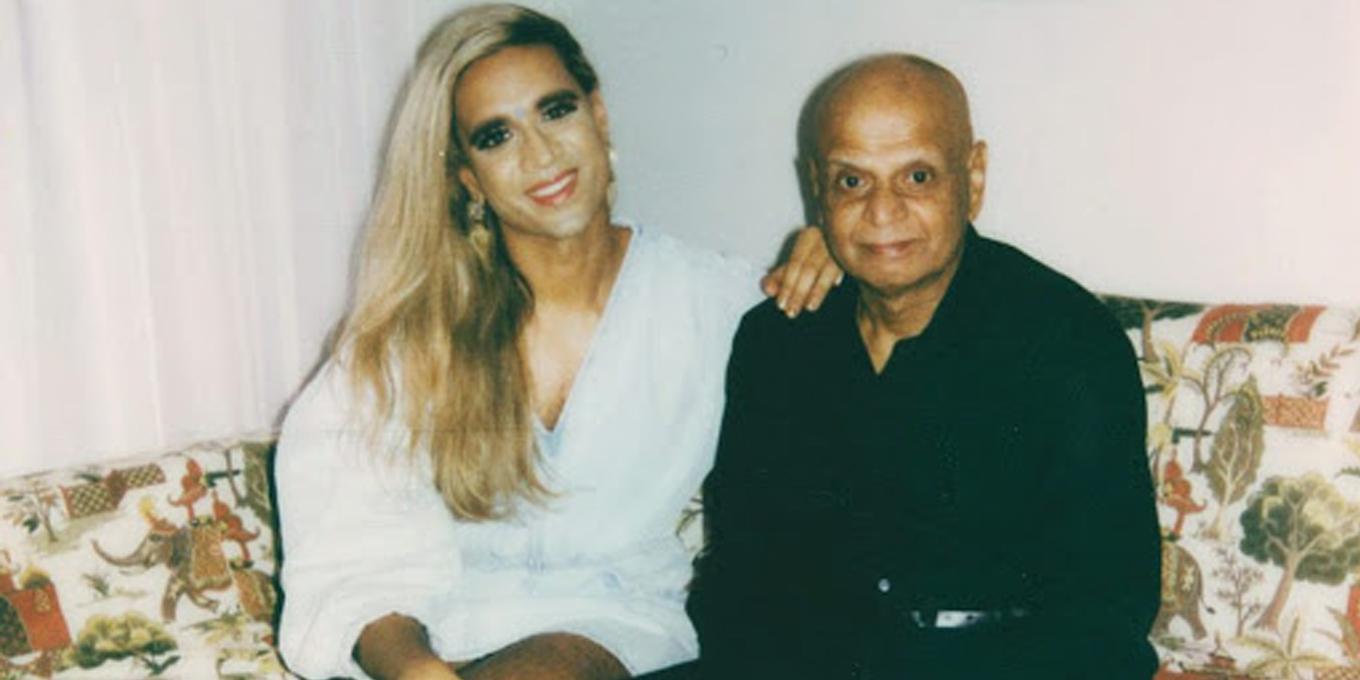 With its #HairHasNoGender campaign, launched last year in Europe, Pantene wanted to highlight the role hair plays in the transition and identity of many trans and non-binary people. The initiative has (finally!) landed on our side of the Atlantic with the multidisciplinary Canadian artist Vivek Shraya who, in a gorgeous video, recounts the positive impact that her hair and her loved ones’ support played in her transition.

“I was a little worried at first when the Pantene team told me they wanted to include one of my close relatives in the video. My parents, who immigrated from India, don’t use the words ‘transgender’ or ‘transition,’ but there are many ways to be open, and that’s what the campaign meant to demonstrate. Just the fact that my father agreed to take part in this project is a way for him to show his support, and to let me know he accepts and loves me for the person I am,” explains Shraya on the phone. According to her, shining a spotlight on different realities is fundamental if we want to adequately discuss the lives of trans and non-binary people. “What attracted me from the beginning is that this initiative puts forward diverse voices telling their own stories, proving that there’s a multitude of ways to be a trans or non-binary person. And that there are also many ways to accept these realities. Often, in this type of campaign, one person represents the ‘minority’ in a sea of the ‘dominant population.’ Even if the intention is good, the result isn’t always successful and is often more akin to tokenism [the practice of making symbolic efforts to include minority groups in order to avoid accusations of discrimination].” The video, in which Shraya recreates a family photo with her father, was also an opportunity for the Pantene ambassador to sit with him and reminisce on the key moments of their relationship. “As an immigrant family man, my father always worked extremely hard to put food on our table. Finding a photo of us was difficult, but it allowed my father to share his own memories.”

As for the important role her hair played in the expression of her identity, Shraya reveals that the affordability of hair styling has always allowed her to display her individuality in an accessible way – by parting it to the side or playing with her mother’s products, for example. “My long hair was not intrinsically related to my transition, but when I started letting it grow, five or six years ago, it allowed me to manifest my femininity in a way I never had before,” continues the artist. She strongly hopes that this project, which she considers key in the fight for representation, resonates with the maximum number of people. “The more support we get from our family and friends, the freer we feel to express who we are. With the holidays around the corner, the campaign shows that being an ally is the best gift we can give a trans or queer person,” concludes Shraya, with a smile in her voice.

In parallel to the #HairHasNoGender campaign, Pantene Canada is partnering with The Dresscode Project (DCP), a global alliance of hair salons committed to offering a safe experience to members of the LGBTQIA2S+ community looking for a gender-affirming haircut.

The idea behind DCP came to hairstylist Kristin Rankin (who uses they/them pronouns) following a decisive experience at their salon. “Four years ago, a trans woman sat in my chair and everything went as it always does: everyone is welcomed with open arms in my salon! The next day, she tagged me and my salon on Twitter and confided that it was the first time she had ever received a haircut that made her feel like a woman. When I think about it today, it still gives me shivers.” As touched as they were, Rankin realized how much work remains to be done when it comes to awareness and inclusion in the world of beauty. The Dresscode Project is also a high-quality resource for all artisans of the hair industry who wish to educate themselves and adopt inclusive language. “When a salon joins the alliance, we immediately provide them with a ton of material, including a guide that helps hairdressers make their space safe and inclusive for people who identify outside the gender binary. This guide was developed in collaboration with The 519, an organization whose mission is to provide education on queer matters and the inclusion of the LGBTQIA2S+ community in different spheres of our society,” explains Rankin. The first thing to do, according to them, to make sure hair salons are welcoming to all? Get rid of the binary price chart, once and for all (“It’s neither cool, nor acceptable in 2020, and it can even make you lose customers!”) and normalize stating your pronouns, even outside the LGBTQIA2S+ community and spaces (“The more openly we talk about it, the easier it’ll be for everyone!”).

Read more:
Frizz Is No Longer the Antagonist in My Hair Story
10 Beauty Products We’re Coveting For December