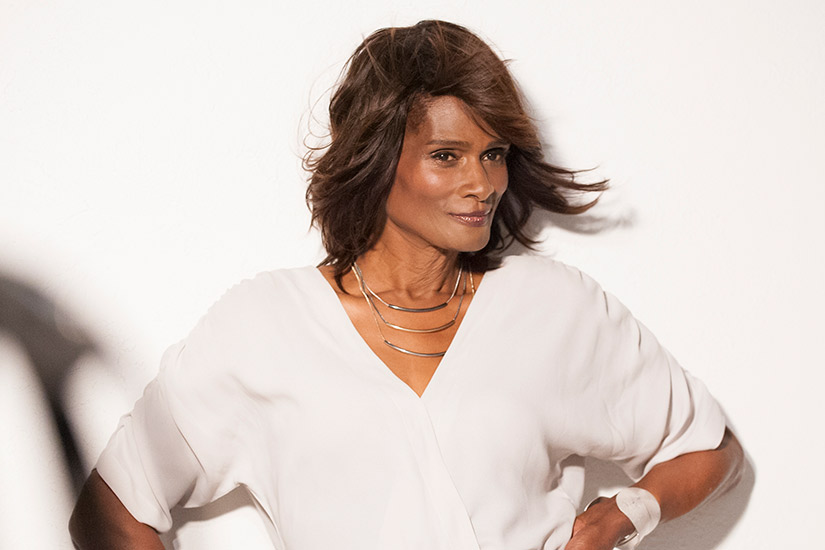 Tracey “Africa” Norman was fashion’s first black transgender model – except she couldn’t tell anybody. The New Jersey-native, now 63, was discovered by photographer Irving Penn in the ‘70s and starred in a string of campaigns and editorials, including six years as a model on a Clairol Born Beautiful home hair colour box. (Her colour was Dark Auburn.) When it came out that she was transgender (reportedly on set of an editorial photo shoot), the work slowly dried up. Now, 30 years later, she’s finally getting the second chance she deserves. Clairol has re-hired her, this time as the face of the Nice’n Easy “Color As Real As You Are” campaign. Here are seven things you should know about Tracey.

“I was just elated with emotions on the day I found out about the Clairol campaign. I’m very humbled by it because the attitudes have changed towards the transgender community. Then, to invite me back into the family and allow me to represent this brand, it’s quite rewarding. I didn’t really think this would ever happen.”

“The people at Clairol suggested it so I just went with the flow and I happen to love it! This is the lightest I’ve ever been but it’s fantastic because it complements my skin tone and softens my features because I have a square face.”

Even models get stage fright.

“I’m always nervous getting in front of the camera because I don’t always know what is expected of me! But I work very well with direction so I was able to relax because all the people around me were so loving. In the ’70s and ‘80s, they put you in front of the camera, the director would tell you exactly what they want from you, you shoot the picture and you leave. But this was totally different; it was really a family affair.”

She eats very clean – except on weekends.

“I take my vitamins, eats lots of vegetables, salads and fruits and drink a lot of water. I try to stay away from sugary drinks. I do treat myself on the weekends – I say I’m weak on the weekends. My biggest indulgence is a Pepsi or a thick, vanilla milkshake.”

“Yeah, I think I’m going to have to get on social media. It’s a little scary because I don’t know how to react to it, but a friend of mine has set up a webpage for me and Instagram.

Her beauty routine is super low-maintenance

“I use liquid soap instead of a bar soap and I don’t use separate a moisturizer on my face; I’ve always used the same lotion head to toe. I shampoo with Pantene and I also use leave-in conditioner for moisture because of the climate and my hair texture has a tendency to dry.”

Surround yourself with good people.

“I would say to those who are trying to come out, that if you’re family doesn’t accept you, try to ground yourself with friends who are positive and who will encourage you and support you. That’s what I had, I had friends who truly loved me – who gave me unconditional love, who supported me and gave me excellent advice.”