It's unlike anything we've ever used before. 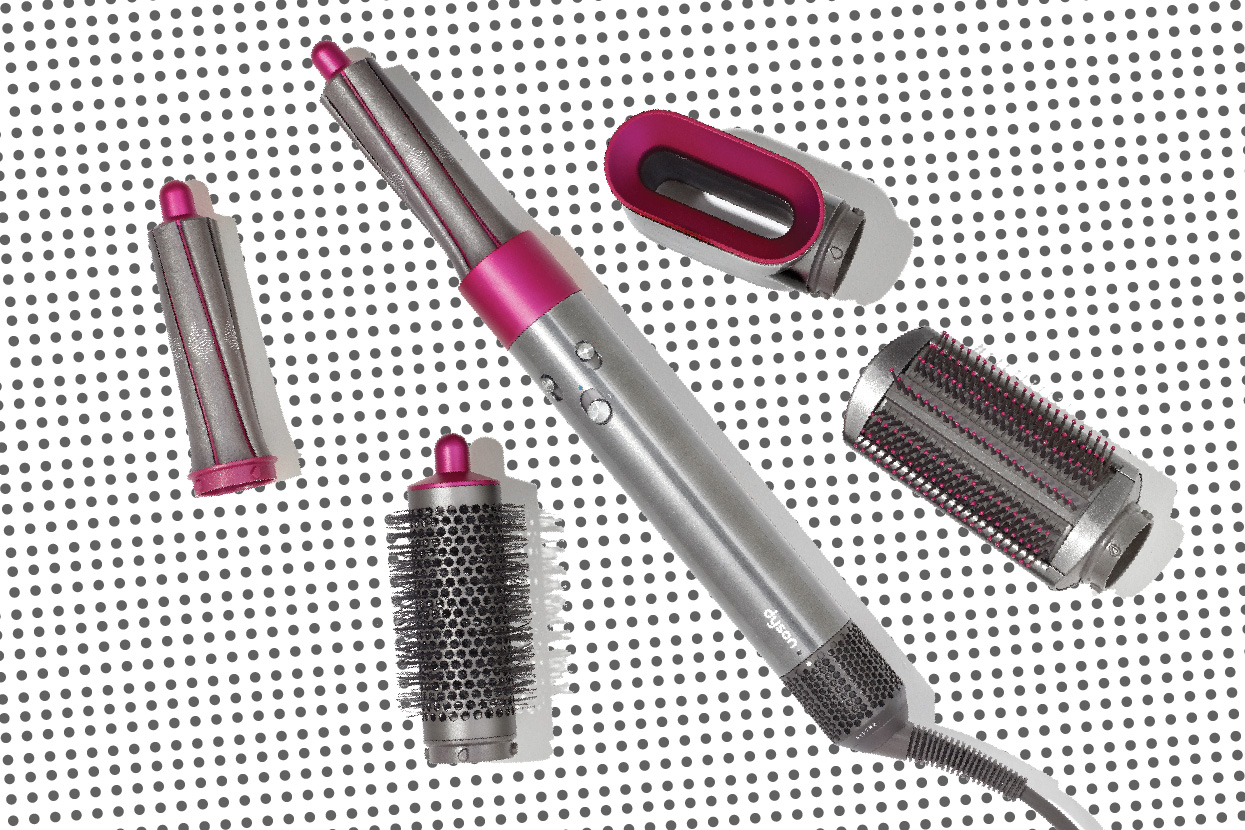 Dyson has done it again. Today, the technology company announced the launch of the Dyson Airwrap, a game-changing styling tool that takes hair from damp to straight, wavy or curly without subjecting it to high levels of heat. It’s the brand’s second product in the hair care category, after the launch of the Supersonic hair dryer in 2016. Here’s everything you need to know about the tool.

1. The Airwrap was six years in the making.

Dyson poured $41.2 million dollars into research and development for the Airwrap, which went through 642 prototypes thanks to a team of 230 scientists and engineers. Dyson currently holds 103 patents for the tool, with 170 more pending.

2. It seriously cuts down on styling time.

The Airwrap is designed for use on damp hair. When hair is damp, the hydrogen bonds that line strands of hair break, priming it for restyling. When hair is already dry, higher temperatures must be used to create and maintain a style.

3. It will not cause heat damage.

The Airwrap uses controlled heat and intense airflow powered by a V9 motor to style and set hair. A device inside the tool measures the temperature of the airflow up to 40 times a second, and readjusts to ensure hair is never exposed to heat above 150 degrees Celsius/300 degrees Fahrenheit. (When that happens, hair loses its ability to return to its natural shape—something you want to avoid, especially if you have wavy or curly hair.)

4. There are styling attachments for every hair type.

To use the Airwrap, start by towel drying hair. Then use the pre-styling attachment, which looks like a mini Dyson fan, to roughly dry hair until it’s damp (they define that as 80% dry). Then pick your style: The soft and firm smoothing brush attachments are designed to add body to fine hair and smooth thick hair, respectively. There is also a round brush attachment for those who prefer it to a paddle-style brush.

To curl, there are two barrel sizes: 1.2 inches for glam curls and 1.6 inches for looser waves. The attachments easily snap in and out of the wand (though, unlike the attachments on the Dyson Supersonic, they are not magnetic).

5. There is a learning curve.

Forget everything you know about curling your hair. Rather than manually  wrapping your hair around a barrel, the Airwrap uses a phenomena called the Coanda effect to do it for you. Start by separating a small section of hair from your head. Hold the section from the middle, then bring the barrel toward the ends of hair, which will wrap itself around the barrel so quickly that it looks magnetic—that’s the Coanda effect in action.

Admittedly, using the tool for the first time was nerve-wracking. I was concerned my hair was going to somehow get caught in or around the device (even though there are no openings for your hair to get sucked into), and the styling techniques are not intuitive. However, after a few minutes of playing around with the different attachments I got the hang of it and began to appreciate the genius of the tool. I was able to take my fine hair from stringy and damp to full-bodied curls in less than five minutes. (And my hair did not get tangled once.)

If you are someone with highly processed hair—peroxide blondes, here’s looking at you—and/or are someone who can’t go more than a few days without using their straightening iron or curling wand, this Airwrap is worth the investment to save your hair from further heat and mechanical damage.

On the flip side, if you are someone who isn’t partial to styling tools, this one may convince you to get on board. I loved the convenience of using just one tool to both dry and style my hair, and I was able to get more body and volume with just the smoothing brush attachment than I usually do using my paddle brush and hair dryer.

For more details on the innovation behind the new Dyson Airwrap, check out the upcoming December 2018 issue of ELLE Canada, on newsstands mid-November.