"Mom was more focused on dealing with the racism we encountered every day than if my hair was on point.” 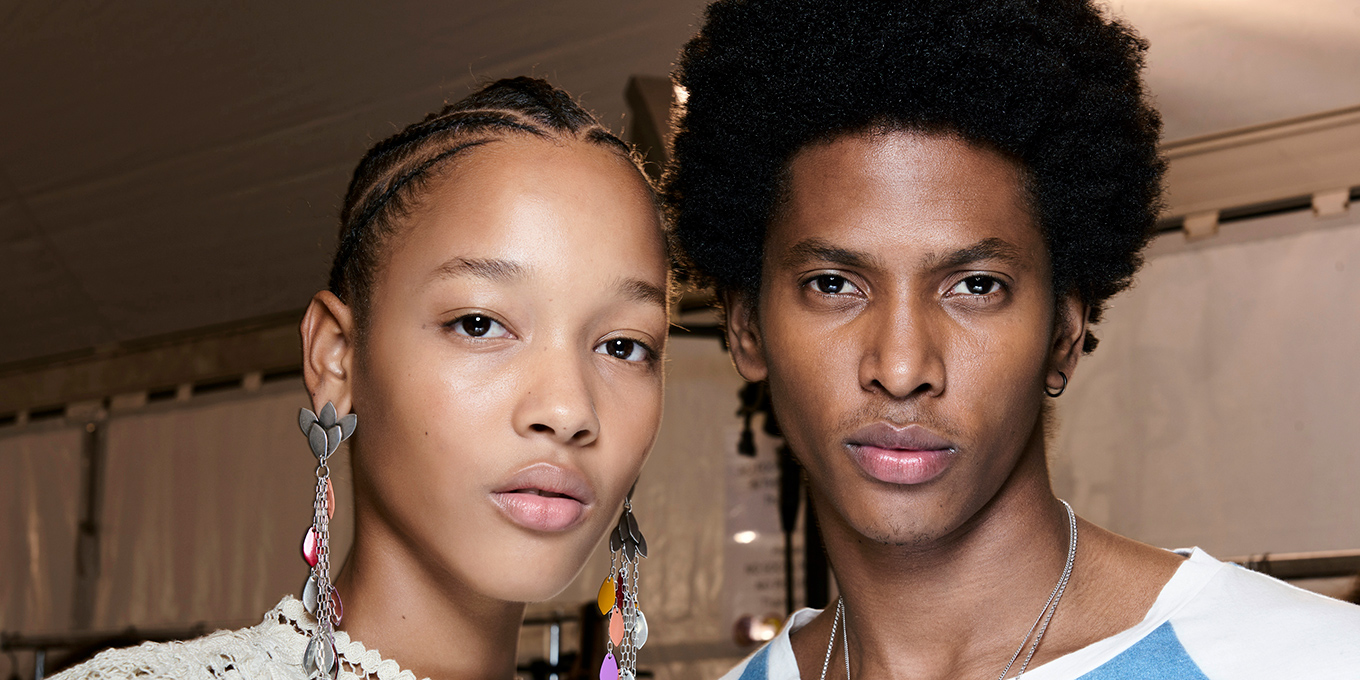 When I was growing up, Sunday was a day of pain, not rest. It was bleak, something to be endured. Sunday was, as my mother recently agreed, “torturous”—and she wasn’t even the one doing the screaming.

Once a week I would sit in my pyjamas, with the Disney weekend movie on as distraction, while my mom yanked and brushed “the rats” out of my hair. It was certainly an extermination. It took hours and left little fawn-coloured knots of broken hair floating across our worn parquet floors.

My mom had long, silky blond hair that hung straight down her back. I took after my African-American father, who sported an Apollo Creed-style ’fro and was never without a hair pick in his back pocket. My tight, kinky curls grew up and out of my head like Roman candles. 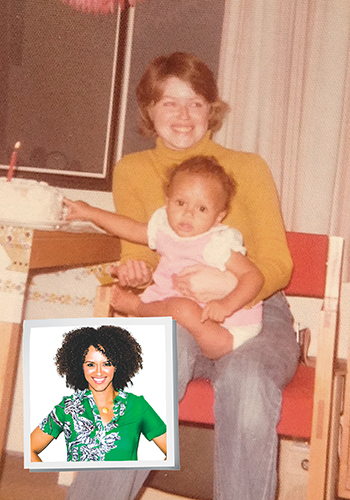 There were so many things Mom couldn’t possibly know about my kind of hair: that using a quarter-size dollop of light “creme rinse” to soften it was equivalent to using a spray bottle to water a football field; that knots need coaxing with a  sturdy wide-tooth comb when the hair is wet and weighed down with a keg of conditioner; that the unforgiving, stiff-bristled dollar-store brush she used on her own hair wasn’t going to have a “meet cute” with my coils—not then, not ever.

My mother and I are very close, but we bonded over books, not beauty. We delighted in discussing the exploits of Amelia Bedelia, Ramona and Harriet the Spy, but there were no shared mirror moments of styling excitement. Not when I’d wince and squirm every time she gave me her hippie-hair-don’t-care version of afro puffs, which were more like flat, flammable-looking frizz balls with an errant centre part. (Running a fine-tooth comb down the centre of a brushed-out, under-moisturized afro wasn’t any fun for either of us.) Sometimes, Mom would mix it up and wrangle my hair into two braids, one on each side of my head. Before I had even left for school, they would curl up away from my neck, not wanting to be forced flat. Perhaps we should have been reading Pippi Longstocking.

My hair was dehydrated for a decade, but I didn’t mind. I wasn’t that invested in my looks.  I was at that blissful age when all I thought about were stickers, bike rides and unicorns. As for my mom, there was little advice to be had. This was before the Internet, and research had to be done the old-fashioned way—by asking. But who? My dad was uninterested and only cared that my hair was clean. I’d yet to meet his family, who lived in the United States and surely would have been helpful. My friends’ moms knew hair like mine but didn’t know my mother well. (Even if they did, it would have been too political for a black woman to broach the subject with my white mother. The late ’70s and early ’80s were no Benetton advertisement; Mom was more focused on dealing with the racism we encountered every day than if my hair was on point.) And the only other interracial family in our apartment building had kids with the same “my mom has no clue” hairstyles as I did.

Things changed in junior high, when I became very invested in pastel eyeshadow and hairstyles. Then my friends with kinky hair came in handy. I followed them into relationships with straightening irons, hair grease, roller sets, finger waves, relaxers, braids, weaves and the high-octane fruity fragrance of Let’s Jam gel. My extensive-effort hair (hours getting it “set” in a pineapple-shaped updo or cooking a deep conditioner under a shower cap on Saturday mornings) was the opposite of Mom’s minimal-intervention approach. It wasn’t rebellion, though; it was more of an exploration of my options. Mom let me do what I wanted, although she always maintained that my hair was most beautiful in its natural curly state.

I never gave a thought to her struggles until I had a child of my own. My daughter’s father is English, and she ended up with fine, soft hair that, astoundingly, grows flat against her head and moves when the wind blows like she’s riding a horse in a hair commercial. When she swims, she emerges with the beachy waves that I’ve been telling readers for years how to replicate with surf sprays and texturizers. I’m equally amazed and confused over how this kid’s hair works. It took me a year to realize that her lank, greasy hair wasn’t the result of her entering puberty at only seven years old; it was because my liberal application of rich conditioners was causing a follicular oil spill. Unlike my mother, I am bothered by the fact that my daughter and I don’t have hair in common, that I get it wrong a lot when I try to style it. But she, much like me at the time, doesn’t care all that much.

When my mom comes to stay with us, I often discover her with my daughter, chatting away on the couch while they brush each other’s hair. The lack of screaming is notable. I’d never imagined that the simple act of brushing hair could be something pleasurable. Watching this bonding take place from afar is bittersweet, but it’s better than letting either of them come anywhere near me with a hairbrush.

This article originally appeared in an issue of ELLE Canada.

How to Keep Black Hair Healthy While Working Out