A timeline of the controversy surrounding Marc Jacobs' SS17 show

Marc Jacobs was accused of cultural appropriation for sending models down the runway in dreadlocks without recognition of their origin. 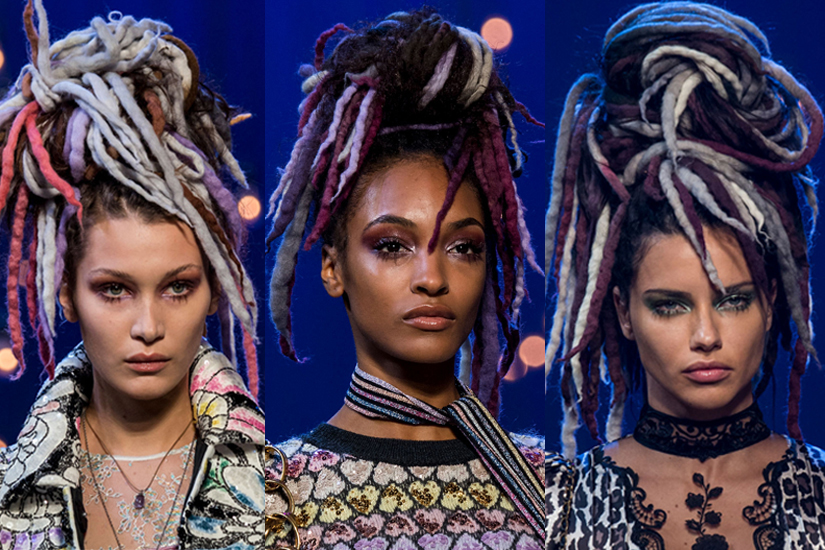 Marc Jacobs held his Spring/Summer 2017 show on the closing day of New York Fashion Week. In a press release, lead makeup artist François Nars said of the makeup look: “We matched the colour of the eye makeup to the clothes and hair and created six different beauty looks using pastel colors. Lashes were applied to help define the eye, the face was kept clean with little makeup and the brows were brushed up and natural.”

Guido Palau led the hair direction, and models wore pastel-coloured dreadlocks made from dyed wool by an artist he found on Etsy. As reported by The Cut, Palau cited the “‘80s, raver culture, Boy George and Harajuku” as sources of inspiration. Rasta culture was “not at all” a reference. With regards to misappropriation, Palau said he “doesn’t really think about that.” The backlash is immediate.

Update: This is Palau’s complete comment on the inspiration, as per a press release: “Marc first started talking to me about this look at the end of July. He was really inspired by Lana Wachowski’s hair. She’s got thesebeautiful colored, wool hair extensions. So that’s really where the major inspiration came from, as well as club and rave culture, BoyGeorge, and anime. We knew we wanted to find wool hair. So we literally looked on Google and found Jena Counts’ Etsy shop andreached out to her. She’s been making all the wool extensions by hand in custom colors and lengths. For this show, she utilized12,500 yards of fabric, which was dyed in more than 200 different shades.”

Jacobs responds with an Instagram comment, as captured by the Shade Room, and it is not received favourably. It does not acknowledge the source of frustration – misappropriation – and his comment equating white women in dreadlocks with black women wearing their hair straightened is seen to overlook a long history of racial inequality.

Jacobs links to an article from The Washington Post dismissing the controversy as “ridiculous.”

Thank you @robingivhan INDEED!! For anyone out there who wants to read a well written, fair and intelligent article on the subject.

Jacobs posts twice more to his Instagram account about the issue, linking to an article from Time that purports concern over dreadlocks distracts from “the real enemy” (mentioning the “War on Drugs,” gun violence, etc.), and writing:

“I have read all your comments…and I thank you for expressing your feelings. I apologize for the lack of sensitivity unintentionally expressed by my brevity. I wholeheartedly believe in freedom of speech and freedom to express oneself though art, clothes, words, hair, music… EVERYTHING. Of course I do ‘see’ color but I DO NOT discriminate. THAT IS A FACT! Please continue to express your feelings freely but do it kindly. Nothing is gained from spreading hate by name calling and bullying.”

He also responds to several commenters addressing his previous statement about straight hair, noting that he would “read and learn.”

…and I thank you for expressing your feelings. I apologize for the lack of sensitivity unintentionally expressed by my brevity. I wholeheartedly believe in freedom of speech and freedom to express oneself though art, clothes, words, hair, music…EVERYTHING. Of course I do “see” color but I DO NOT discriminate. THAT IS A FACT! Please continue to express your feelings freely but do it kindly. Nothing is gained from spreading hate by name calling and bullying.

While there is a lot to unpack here, our thoughts – briefly – are this: While club kids did wear similar styles in the late ’80s and early ’90s, the lack of awareness on where dreads originally come from is disappointing. How should Jacobs have acknowledged this? It’s murky. Jacobs did use models of colour in the show and the deconstructed set was a clear nod to the club/rave theme. But doesn’t the industry know better than this by now?  The inspiration/appropriation dialogue is a constant one in the fashion biz: an industry we love that sometimes has to be dragged kicking, shrugging and tribal-symboling it’s way into modern, inclusive creativity.