Self-acceptance is a mindset for our current times. Now, Marc Jacobs has bottled it in his most personal fragrance yet. 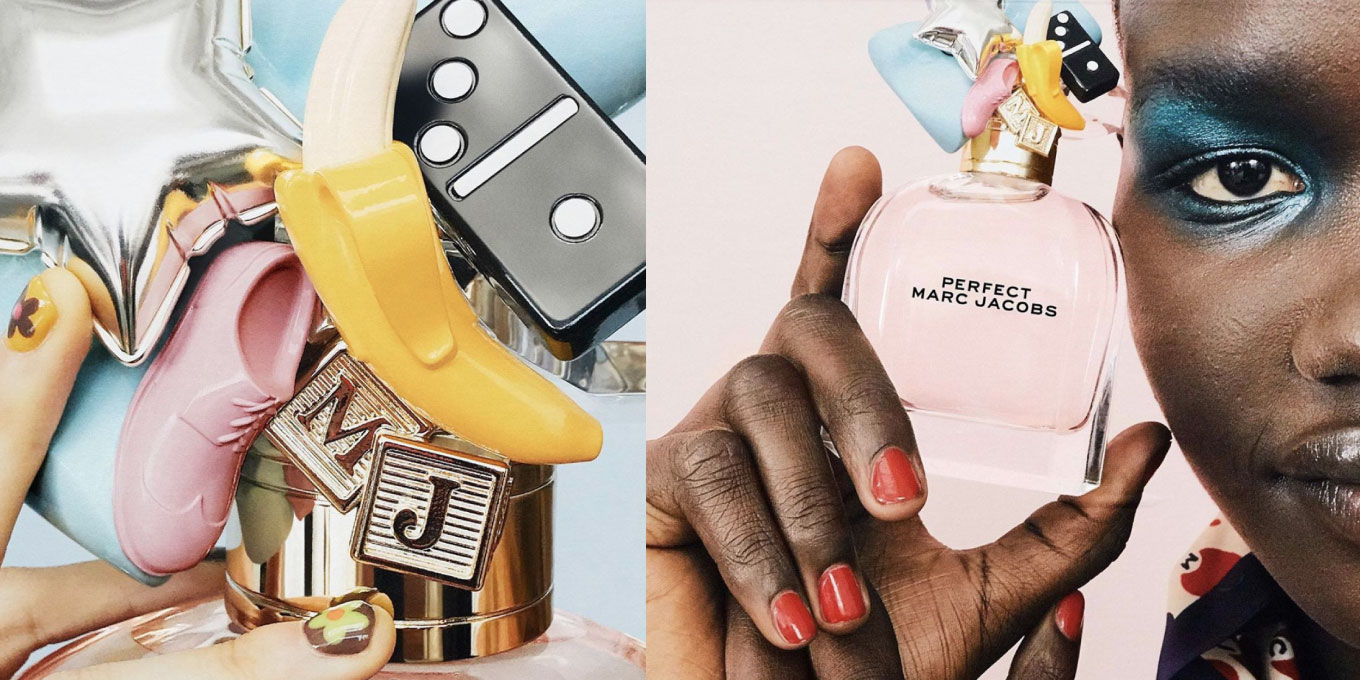 “Perfect”: That’s the word Marc Jacobs has had tattooed, in all caps, on the inside of his wrist for about 18 years. It’s there to remind the fashion designer that when things aren’t going his way, he can choose how to look at and learn from them. “I can adapt, I can accept and I can appreciate,” Jacobs says of the ways he can be open to something he’s not happy about. “It’s really a mindset,” he adds, speaking from his home office in Rye, N.Y. “It’s the idea of perspective and what I want to do with what I’ve been given.”

It’s telling that Jacobs has a literal note on his body to remind him how to deal with adversity. He has never shied away from talking about his vulnerabilities, often mentioning his fears and self-doubts in interviews despite being an American-fashion statesman who has sustained an air of cool for decades. Now 57, he has found a way to appreciate and validate them all with the help of his therapist. “I do still have a great deal of insecurities,” he says. “But they are not problematic for me.”

This personal journey to self-acceptance is now being reflected with a new fragrance: Perfect. Like his tattoo reminds him, it’s an ethos that’s not about achieving a state of infallibility. “It’s about being perfect as I am,” says Jacobs. “It’s this idea of encouraging people and their individuality. We all have the choice to look at things as opportunities rather than this aspirational thing that only few can achieve.” It’s a message that particularly resonates at this time, when, culturally, we are being more honest about our mental struggles and pushing to be kinder to ourselves.

I got this tattoo 15 years ago to serve as a daily reminder that “I am PERFECT as I am”. Photo @juergenteller_studio #perfectasIam #MJperfect HAPPY INTERNATIONAL NON-BINARY PEOPLES DAY. ♥️

When it came to designing the packaging, Jacobs envisioned a classic perfume bottle but also desired to deconstruct it. “I wanted to take it apart, cut up the cap and replace it with something else,” he says. On the day that he was conceptualizing it, he took a traditional perfume stopper and some clay and started shoving random trinkets and charms onto the cap, like a star-shaped silver balloon, a pair of cherries, a giant bow and a cat. For Jacobs, it wasn’t so much the items he chose but the randomness with which he did it. “It was impulsive and instinctive,” he says. It’s an approach that is similar to how Jacobs designs collections. “You know, a love for old things and a love for new things and mixing them or taking them out of context,” he says.

Jacobs ultimately considers himself a storyteller, creating a spirit and a narrative for everything he designs. Whether it’s fashion or beauty, he knows “full well” that he’ll never produce something that pleases everyone (“It’s not even on my list of things to do”), so he focuses on ensuring he’s true to himself. And by Jacobs using a tenet that has guided and grounded him for many years, it sounds like Perfect, more so than any other scent he has released, is doing just that. 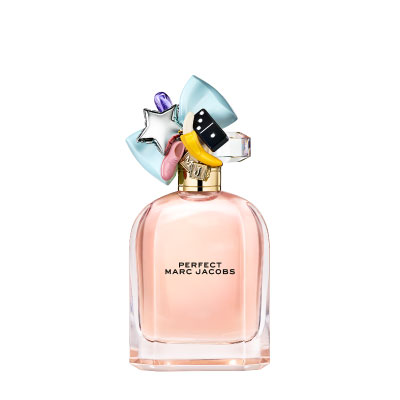 To interpret Jacobs’ concept into a scent, perfumer Domitille Michalon-Bertier didn’t want anything conventional. “The idea was to find a flower that is not perfect, not like a rose,” she says. She settled on the daffodil. “It’s grown in the middle of nowhere in France, in big fields, so it’s really wild,” she adds. The bloom is blended with rhubarb, almond milk, cedarwood and cashmeran. Perfect Marc Jacobs Eau de Parfum Spray ($115 for 50 mL).

This article originally appeared in the September 2020 issue of ELLE Canada. Subscribe here.