Indulgence your inner Anglophile with this new scent

The next best thing to owning a manor house? A spritz of this undeniably English perfume. 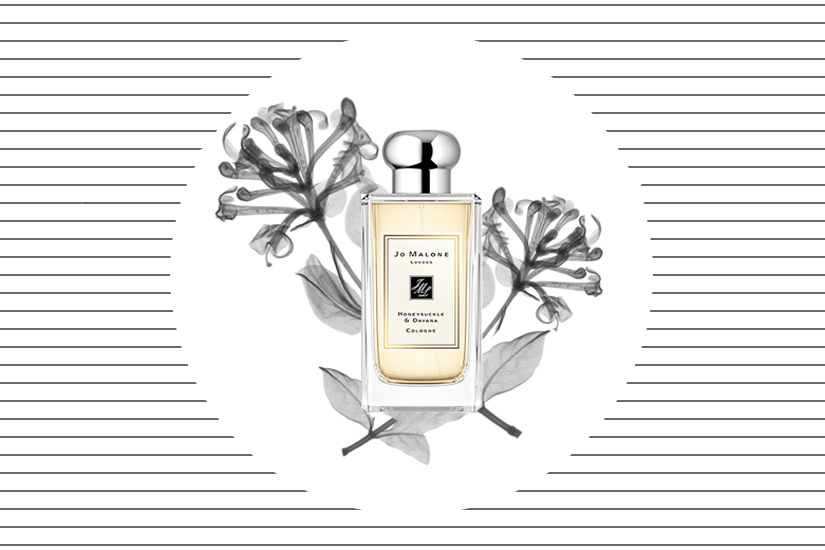 On the two-hour drive from London, England, to the pastoral Cotswolds, I surmise that the area is to summering Brits what the Muskokas are to Ontarians: a beloved, and decidedly posh, country escape.

It was here—amid the gently sloping hills, picturesque homes and streets too narrow for two-way traffic—that Kate Moss married Jamie Hince (now her ex) in 2011. When I arrive on a sunny afternoon in early May, rumour has it that the soon-to-be-wed Prince Harry and Meghan Markle are spending the weekend here.

Honeysuckle grows at Miserden, a country estate in the Cotswolds.

“Anytime you ask an English person about honeysuckle, you’ll get a 20-minute story about the honeysuckle in their grandparents’ garden or the honeysuckle they discovered while on a walk in the woods,” laughs Celine Roux, the French-born head of global fragrance at Jo Malone London.

The floral note was an easy fit for the British perfume house but not an easy get: It does not exist naturally in perfumery (honeysuckle is too delicate to extract an oil from), and the flower blooms only once a year. So, to capture the scent, Roux recruited renowned nose Anne Flipo and a team familiar with Headspace, a technology that analyzes the air around a flower. The group made their way to an arboretum in the Cotswolds and arrived at sunrise only to find that the scent was not particularly strong.

“We waited, and the scent evolved and changed throughout the day,” says Roux. “By 5 p.m. we had a few scents, but I thought, ‘What if it evolves again?’” The crew headed back out at midnight with a bottle of champagne from their hotel to help pass the time during the hour-long scent-capturing process.

A pleasing arrangement of perfume and its floral namesake. If you wish to smell like you own a manor home in the Costwolds (and to be clear, you definitely do) this is the scent for you. #HelloHoney #JoMaloneLondon

The resulting note (on which Jo Malone London has a lifetime exclusive) reflects the many layers of the flower—bright, sweet and warm. Flipo paired it with davana, an herb, to create a true chypre scent, which is defined by the contrast between floral and mossy notes.

“When I had my makeup done today, the makeup artist smelled the fragrance and said it reminded her of her childhood in the Cotswolds,” says Roux. “I said: ‘It’s honeysuckle! I’m so excited you feel nostalgic.’ She told me, ‘If that was the goal, it worked.’”