How one brand is revolutionizing a 300-year-old fragrance category

The next generation of head-turning scents is here. Spray liberally. 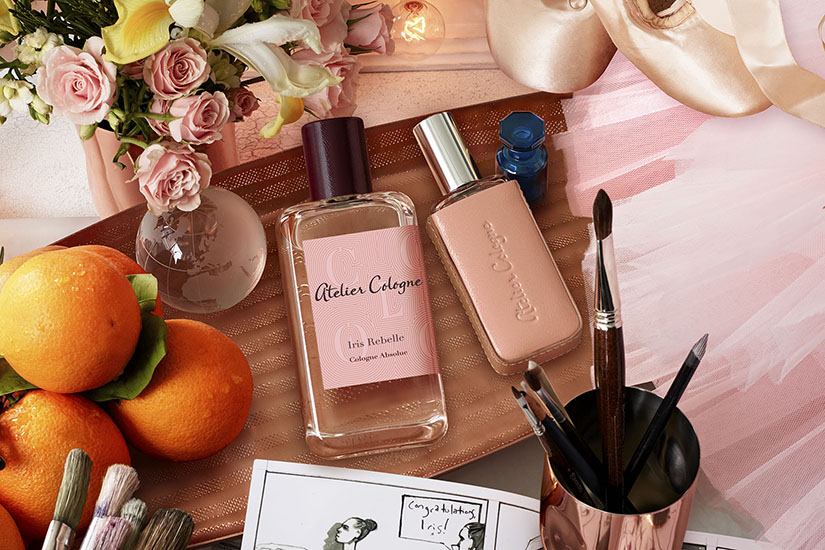 Forget what you think you know about cologne.

“It’s a citrus-based perfume—that’s the true definition,” says Sylvie Ganter, co-founder of Atelier Cologne. The olfactory style was named after the German town where, in the early 18th century, a homesick Italian perfumer created a citrusy scent that reminded him of home. Today, it’s also known as the least concentrated form of perfume—“a maximum of 5 percent essential oil to 95 percent alcohol,” says Ganter. (For comparison, an eau de parfum has a concentration of essential oils between 10 and 15 percent. Anything above 15 percent qualifies as a pure perfume.) All the fragrances in Ganter’s artisanal line, recently acquired by L’Oréal, are “colognes absolues”—a scent category Ganter created with her husband and co-founder, Christophe Cervasel, to differentiate their potent colognes, which are all pure perfumes. “Every brand has a cologne, but they all smell more or less the same,” she says. “I wanted to show that it’s possible to do more.”

Why isn’t anyone else creating these kinds of scents?

You highlight the concentration of essential oils in your formulas, which is extremely rare.

“We like to be transparent. I don’t know any other brand that discloses the concentration of the essential oils in their perfumes. It could be perceived as a negative, because you have a lot of customers who would say ‘Only 18 percent? What is the rest?’ But that is actually really high. You wouldn’t drink a wine that is 90 percent—it would be pure alcohol. It’s very similar.”

You also call out the percentage of natural ingredients in your formulas.

“With Iris Rebelle, it’s the first time that we’re claiming the percentage of natural ingredients in the formula: 90 percent. The remaining 10 percent is made up of ingredients that [we can’t use the natural versions of] either from a legal standpoint or because we cannot capture them. We have an overload of musk in the Iris Rebelle formula to give clarity to the scent, and musk is not something that you can use from a natural source anymore.”

Do you work with primarily natural ingredients because you feel they are superior to synthetics?

“The decision to go natural was from day one. In French, we say ‘parti pris’—it doesn’t mean it’s right versus everything else; it just means it’s right for you. As long as we plant back what we take away (and more), we’re not depleting [resources]. At the same time, we’re thrilled to use a synthetic palette when it can give us something that we don’t have in nature. Natural ingredients react with the chemistry of your skin—we do not mind that it’s going to evolve or that the colour [of the juice in the bottle] is going to change. It’s part of something that’s alive. It’s just what nature is going to give.”