How millennials are changing the fragrance game

Women have new expectations for their perfume. Nathalie Atkinson explores how the industry is keeping up. 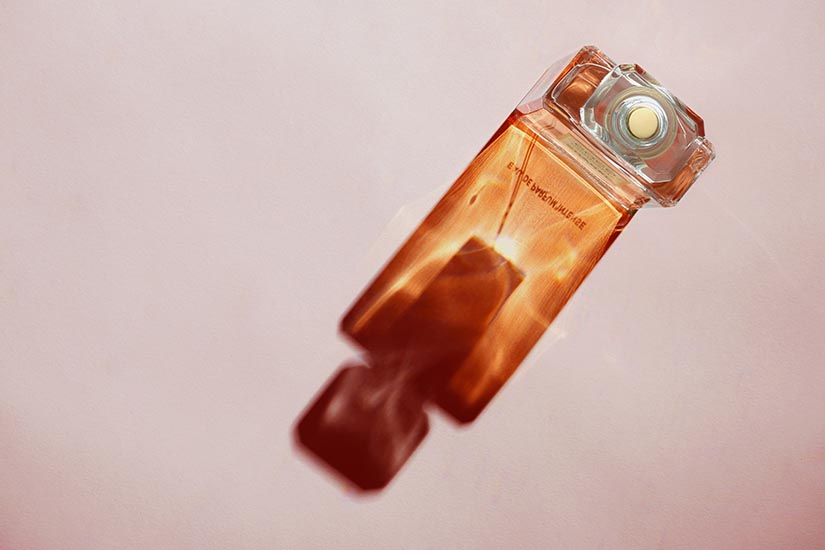 AT FUME SCENT LOUNGE in Toronto’s upscale Yorkdale Shopping Centre, guests poke at interactive touch screens embedded in a sleek curvilinear counter— think the bridge of the USS Enterprise by way of the Apple Store—to answer questions about smell preferences and personality. Soon, one of the few dozen sleek identical vials lights up nearby, indicating a match. Each of the subtly labelled inhalers disguises a perfume from brands like Calvin Klein, Gucci and Marc Jacobs, all of which are owned by Coty, a beauty-product manufacturer and the world’s largest fragrance company.

Every #FumeScentLounge inhaler is RFID-tagged, so you can scan it on our interactive console which conveys information about fragrance notes, stories behind the brands and price?… because we know that’s thing!  An insightful quiz will give you custom scent suggestions. So come in and play at our table! ✨⭐️❤️

According to Coty Canada, Fume is an initiative aimed at reaching millennials who want something different from their shopping experience. (It is pointedly tucked away from the main cosmetics floor and the usual gaggle of keen fragrance advisers who offer sample spritzes to passersby.) Millennials—and the millennial-minded—seek an attitude of genuineness and approachability and, above all, the perception of individualization.

“What’s interesting is the types of perfume brands that have been growing over the past few years,” says Amy Chung, a Canadian beauty industry analyst at NPD Group who specializes in the “prestige beauty” category. “It’s artisanal fragrances like Jo Malone, Le Labo, Diptyque and By Kilian. The beauty industry is personal; there is an emotional connection to the product.” This, and the desire for a memorable experience, has created new opportunities for start-ups and direct-to-consumer brands like Phlur. (“It’s not about us. It’s about you” says its website.) The Austin-based fragrance company offers a robust sampling model that prides itself on being something consumers can try without subjecting themselves to the department-store hard sell. That attitude is shaping not only how we’ll shop for perfume in the future but also the ones, in the case of savvy scent amateurs turned auteurs, we end up making ourselves.

Demystification is the focus at Experimental Perfume Club (EPC), the open-access London, England, perfume-creation studio founded by Emmanuelle Moeglin, a classically trained French perfumer who wanted to educate about scent and make creation more accessible than pricey bespoke options. During the taster sessions of her apprentice workshop, there are no personality quizzes: Attendees (usually fragrance connoisseurs or niche fragrance users, she says) rely directly on their sense of smell. From blotters and jars arrayed on a table laden with small scales and reference books, they learn how to distinguish 25 common raw scents, like rose damascena, bergamot and patchouli.

“The people who come are already looking for something different and unique, and we follow an olfactory journey of selection,” says Moeglin. After discovering the scents they’re most drawn to and learning how best to combine them, each guest leaves with a workbook of notes, a small bottle of signature fragrance and a copy of the perfume formula. Since the EPC lab launched a year ago, the half- and full-day classes typically sell out at least two months ahead of time; between them and twice-monthly open-lab drop-ins, more than a thousand scent enthusiasts have passed through the doors.

Saskia Wilson-Brown, the founder and executive director of the Institute for Art and Olfaction in Los Angeles, likens the industry phenomenon to what happened in film after YouTube launched. “The digitization of film allowed for basically everyone to start making movies,” she says. “With perfume, the Internet has added a wealth of information, but, even more importantly, there is access to the materials.” Before, if a curious enthusiast wanted to buy Ebanol, a synthetic note that smells like sandalwood, they would have to write to the fragrance manufacturer Givaudan and buy by the kilo, says Wilson-Brown. “Now, companies like Perfumer’s Apprentice or CreatingPerfume.com have bought those in large amounts and sell them at retail in smaller quantities.”

Not everyone wants to build their own perfume, but millennials are leading the market in wanting at least a hint of the fact that a fragrance has been created for them or is uniquely ideal for them. In recent years, companies like Estée Lauder have purchased niche fragrance brands like Le Labo, which invites customers to watch as their perfume is bottled with a custom label. The point of these acquisitions, says Chung, “isn’t about them being the number one selling brand but maintaining loyalty and a meaningful experience.” Coty’s Fume concept is another example of a corporate counterpart following the lead of independent ventures, like the Perfumarie discovery studio in New York, which is a multi-brand blind-smelling retail concept that founder Mindy Yang calls “meta-discovery.” Shoppers test from numbered but otherwise anonymous taps that disgorge mystery scents from both big brands and experimental microperfumers alike on an ever-changing basis.

There are still other kinds of independent creators going direct to consumer, although cutting out the middleman and the marketing (pricey design, pricey spokesmodels, pricey ad campaigns) doesn’t necessarily mean cutting out the spin entirely. Social media beauty mogul Kim Kardashian rolled out a campaign for three limited-edition perfumes for Valentine’s Day on her apps and social-media platforms and reportedly banked over $10 million in sales within the first few days. Traditional celebrity scents aren’t at risk of extinction—Sunset Fantasy, out this season, is Britney Spears’ 23rd fragrance—but they have moved to different platforms and are driven by outsized stars, like Shawn Mendes, who boost sales directly from their immense social-media fan base.

Taking on the same conspiratorial, trusted friend role that once helped Avon ladies cultivate authentic relationships with customers to sell cosmetics is what enabled Emily Weiss and her beauty blog Into the Gloss to expand from an independent editorial site to a branded product—Glossier—without the help of formal celebrity spokesmodels. Glossier’s internal corporate structure, strategy for product creation and customer experience also work differently from traditional beauty business models. “Instead of limiting interactions with customer service, which is the norm in the industry, we strive to create conversations with our customers,” executive director of customer experience Jessica White told Digiday’s sister site, Glossy. “When I’m DMing a brand on Instagram, I want a candid response, like one I’d get from a friend, so that’s the way I think when I’m in the Glossier DMs,” another member of the team explained. It’s a way of fulfilling the consumer desire to not only be heard but listened to.

That attitude extends to Glossier’s first perfume: In addition to deliberately choosing “skin” notes like musk and ambrette, which typically linger closer and longer, the tag line on its recent debut fragrance, Glossier You, emphasizes the wearer’s participation. The flourish that sells each theoretically unique bottle of perfume? “Please be advised that the formula comes incomplete; You are the first ingredient.” It’s a disclaimer no woman could resist. 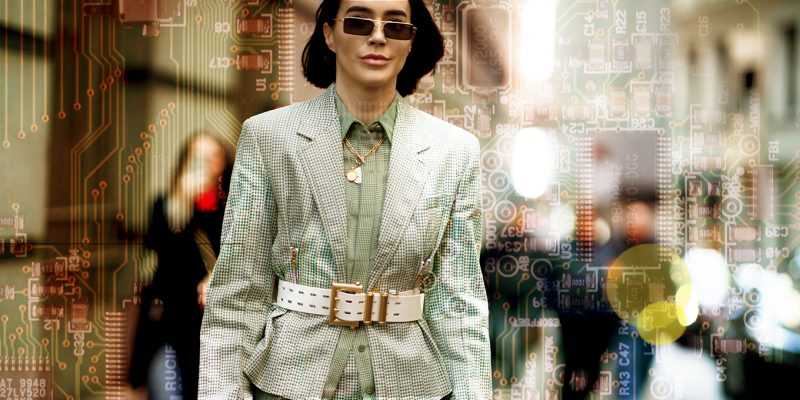 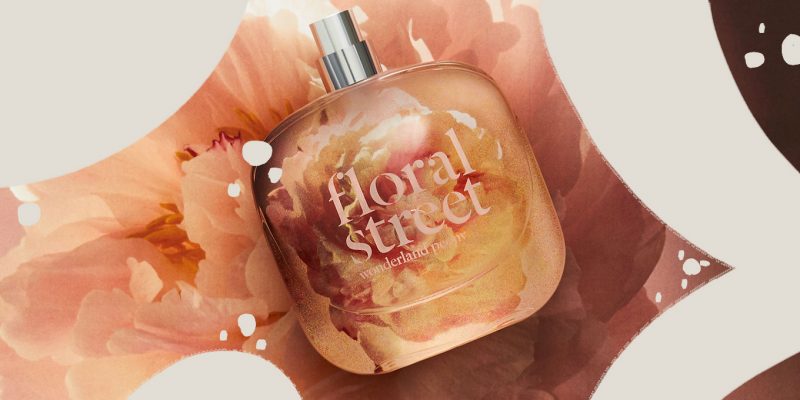 “The fragrance industry is still so old fashioned." 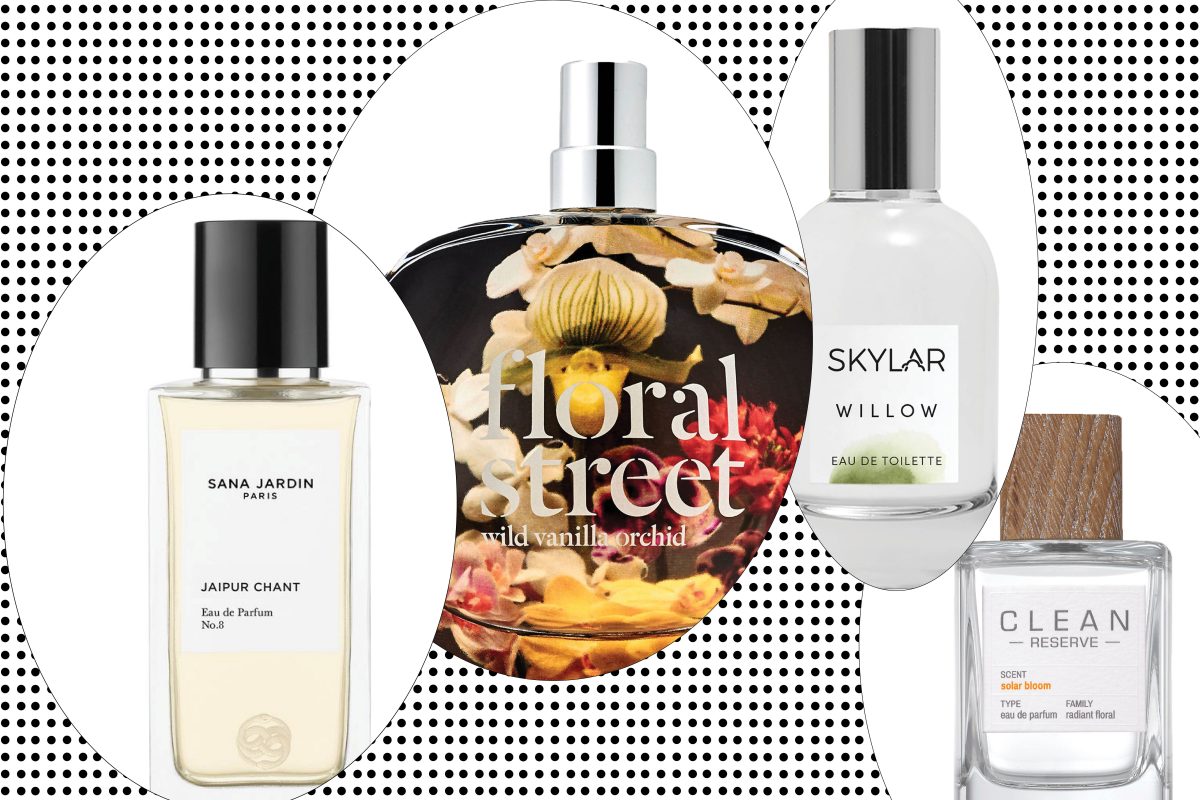 What Is A "Clean" Fragrance?