‘Blue Mind’ Fragrances Are Scientifically Designed to Make You Happier

The next best thing to being by the sea. 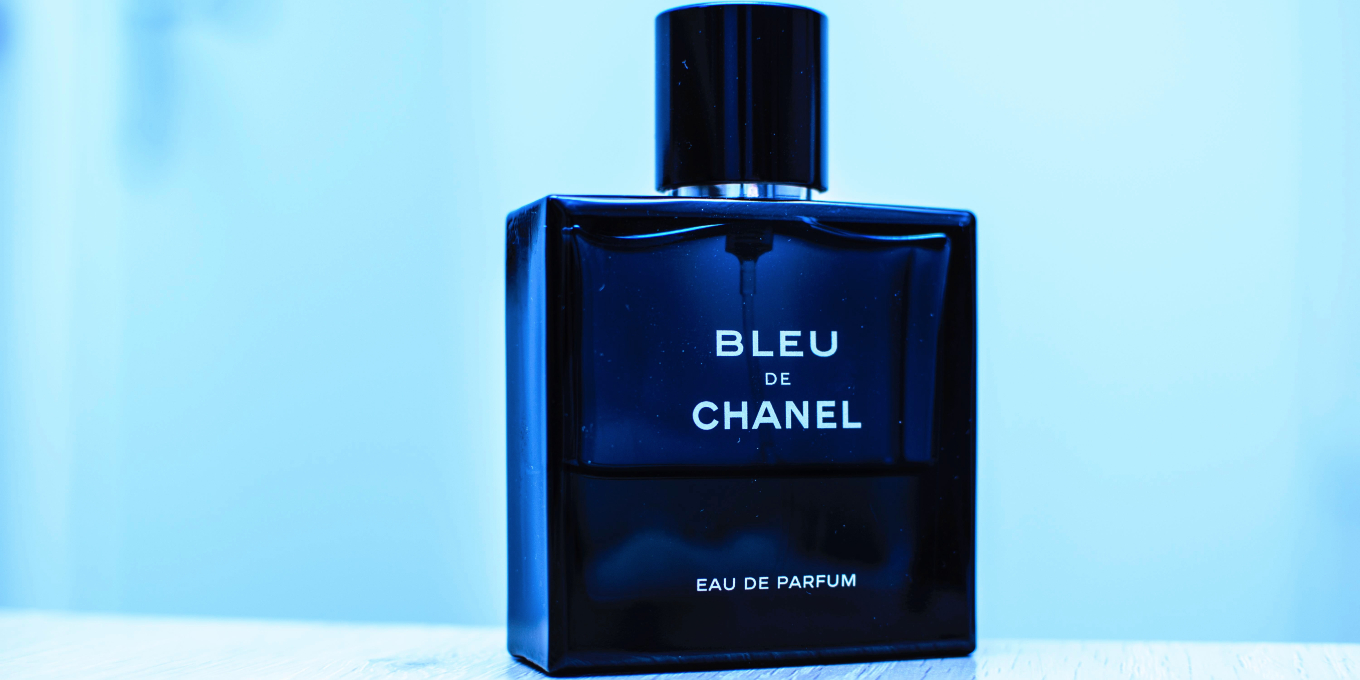 Aquatic scents have the uncanny knack of making water smell luxurious and limbs, slick as a wet seal from a glug of suncream, reek of glamour. With notes of bright citrus and the mineral tang of sea water, they bottle a top-down road trip along the Amalfi Coast and sell it back to us so that we can almost taste the thin crust of sea salt on our lips.

Nautical fragrances first made a splash in the 1980s, when a briny aroma chemical called calone was all the rage with perfumers. Afterwards came a procession of cleaner, minimalist interpretations – scents like CK One and Giorgio Armani Acqua di Gio – which reigned in the Nineties.

This summer, we’re experiencing another tide of aquatic scents, all scientifically designed to boost your mood by tapping into the wellbeing benefits of the ‘blue mind’. Here’s why you need to dive in…

What is the ‘blue mind’?

The term ‘blue mind’ describes the mildly meditative state we fall into when near, in or under water. Water makes up 70% of our bodies. By proxy, this biological connection triggers an immediate response in our brains when we’re near H20, says marine biologist Dr Wallace J. Nichols, who coined the term.

‘When we are in a red mind state, we’re constantly overstimulated by technology and in fight or flight mode,’ he explains. ‘Shifting to the blue mind helps us reconnect with ourselves and the environment in an intimate way. It lowers heart rate, stimulates circulation and oxygen flow to the brain.’

What are ‘blue mind’ fragrances?

Given that an image of the ocean can produce the same feel-good neurochemicals as swimming in the Pacific, ‘blue mind’ fragrances create vivid, almost photorealistic, impressions of being by the sea. They are a new language of self-care, one where a single spritz allows you to hear the metronomic lapping of waves and feel the heat of the sun dancing on bare limbs. Professor Rachel Herz, a neuroscientist and author of The Scent of Desire, sums it up best: ‘A smell can really conjure a place, more than just looking at a photo. You actually get the feeling of being by the ocean from the smell.’

“"You actually get the feeling of being by the ocean from the smell."”

Said to channel the warm, fuzzy feeling of a day spent on the Californian coast, the lemony yuzu, neroli and cypress in Louis Vuitton’s On The Beach shimmers from the wrists like heat off a pavement. This fragrance doesn’t shy away from smelling like an actual beach either, thanks to sandy notes of thyme, rosemary, pink pepper and clove.

Eden-Roc by Christian Dior, meanwhile, is a white linen-clad fantasy of walking along the seafront. It gives off soft puffs of salt, jasmine and coconut while a bit of herbal pine wafts by every now and then. ‘I composed Eden-Roc by imagining myself arriving at the hotel by sea. The salt, sun, pale rocks and luxuriant vegetation all influenced me,’ explains François Demachy, Dior perfumer-creator.

Of his unconventional citrus-blackcurrant creation Aqua Celestia, perfumer Francis Kurkdjian says ‘it was inspired by the blue of the sky meeting the blue of the ocean’. And playing on opposing notes of fresh coconut water and warm ambergris, which smells like salty skin drying in the sun, as well as galbanum (a riff on seaweed) and patchouli, Paula’s Ibiza by Loewe is eternally joyous.

The healing power of (perfumed) water

But what is it about scent that affects us on such an emotional level? Professor Herz says it’s all down to how we are hardwired. ‘Smell evokes your most emotional memories. This is because it is the only sense directly linked to the centre of your brain. As soon as we smell something, our amygdala, the part of the brain where emotion and memory is processed, is activated so you get an instant emotional response.’

The only catch is that there needs to be a prior association between the fragrance and the feeling. These emotional responses are then stored in your memory. So every time you encounter the same smell, you subconsciously remember feeling good and the brain releases hormones, like serotonin, which effect your mood.

Such is the power of ‘blue mind’ fragrances that we reap the same emotional benefits we would if we were actually knee-deep in frothy waves. Makes sense: perfume is ultimately about pleasure. And for most of us, being by the ocean is our happy place, says Dior fragrance ambassador, Carl Groenewald, and ‘a time shared with loved ones where you can celebrate life’.

Kurkdjian is on the same ‘trip’. ‘Fragrances that transport us near the sea bring a feeling of escapism and serenity,’ he notes. Ultimately, ‘blue mind’ fragrances, with their natural molecules and synthetic wizardry, are about wearing a happy memory and the promise of better times to come.

ELLE TOP: The 6 Best Gender-Neutral Fragrances for Spring
Must-have Mists
The Emotion of Scent: Rediscovering the Power of Perfume