"It is about the reality of life for so many people and our responsibility to do whatever we can to help others in our own way." 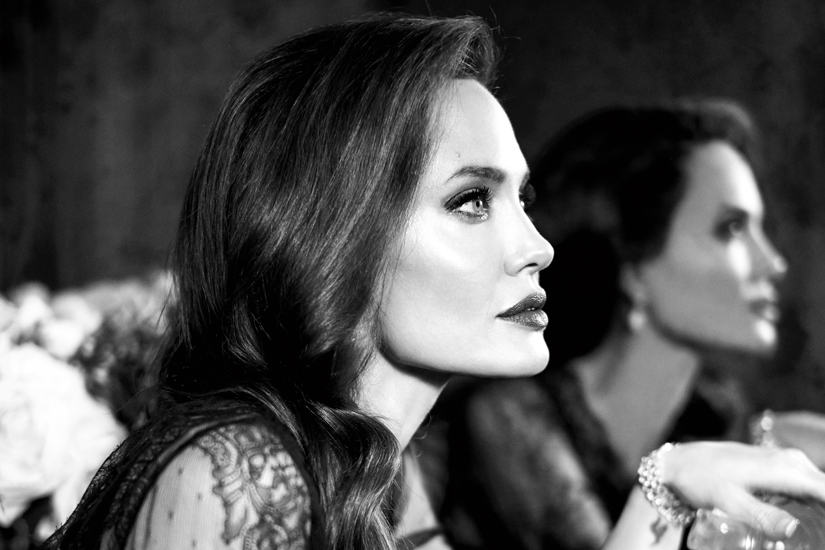 How does one prepare to meet Angelina Jolie? “I didn’t know what to expect,” says Guerlain master perfumer Thierry Wasser of his first meeting with the accomplished actress, filmmaker, humanitarian and partner of the French luxury brand on its line of Mon Guerlain fragrances, which cele­brate women. “But I discovered an amazing human being who is working her soul for sisterhood.”

It’s not an overstatement: Jolie has used her longtime role as special envoy to the United Nations’ refugee agency to advocate for an end to sexual violence and is a co-founder of the British government’s Preventing Sexual Violence in Conflict Initiative. In 2017, she co-authored an op-ed in The Guardian calling the indifference to violence against women “humanity’s shame,” and last year she penned a piece for The Economist on the growing refugee crisis.

And despite her A-list status, Jolie always keeps the spotlight on her causes, not herself. When asked how she handles the weight of working on such injustices without feeling consumed by it, the mother of six tells us: “I don’t ever think of it being about me or my feelings. It is about the reality of life for so many people and our responsibility to do whatever we can to help others in our own way. But if we didn’t all have that inner sense of what is right and wrong and if we weren’t angered by injustice, we would never change anything.”

Here, the 43-year-old star reflects on the importance of International Women’s Day (March 8) and what it means to her.
Jolie visits the Kutupalong camp for Rohingya refugees in southern Bangladesh in February 2019 as part of a UN appeal for one billion dollars to look after the refugee influx. Image by: Getty

You have so many projects to choose from; why was working with Guerlain one you said yes to?

“I’d never endorsed a perfume before and wouldn’t unless I was sure we share the same values. They have a genuine commitment to the environment and the communities they work with. I love the history of the company—it’s the oldest perfume house in the world and has been making fragrances for women for 200 years.”

How much of a role has fragrance played in your life?

“I think for all of us, scent has the power to evoke memories and feelings. My mother used a Guerlain powder that she kept for special occasions. I remember it very clearly from my childhood. Guerlain tracked it down for me, and it instantly brought back memories of her.”

What does International Women’s Day mean to you and why is it important to mark this day?

“It is about recognizing the equal right of all women everywhere to lead a life free of any kind of violence, oppression or control by others. It is about valuing all women equally and not accepting the idea that some women are denied their rights simply because they were born in certain countries. I think there is a fundamental misconception that rights for women come at the expense of men. A society in which women are free and equal is better for everyone.”

What do you recommend to women who feel overwhelmed by fighting injustices in their own lives?

“I feel deeply for them. There aren’t enough laws and protections for them.”

What do you want your daughters to know about heading into womanhood?

“That they should never be afraid to say what they think or to fight for what they believe in.” 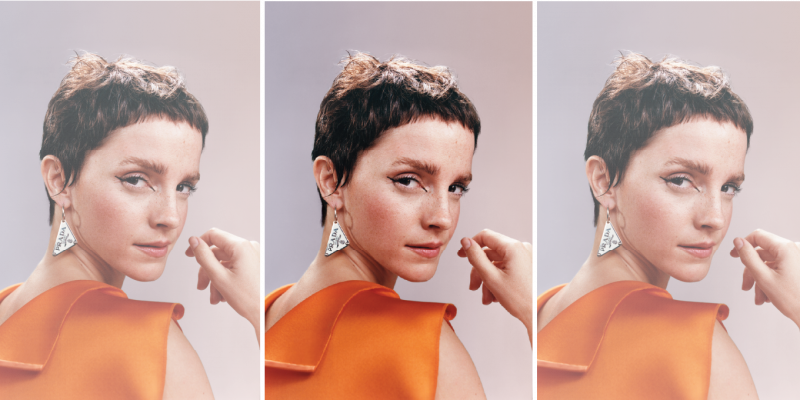