Not just a spritz for every day, perfume and designer fragrance are merging with fashion on the runway. 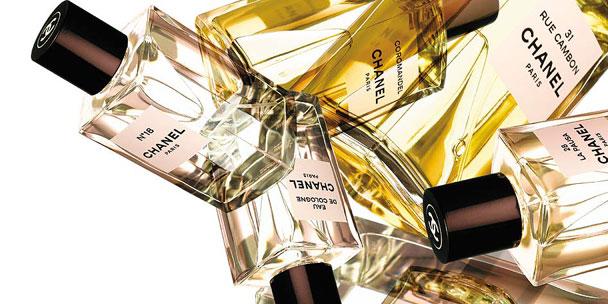 When it comes to runway shows, models, hair, makeup and music are no longer the only things designers are using to set the mood. Now, fragrances and perfume are being added in to the mix to create a multi-sensorial experience.

Victoria Beckham enlisted the help of her favourite perfumer, Jo Malone, to “scent” the catwalk for her Spring/Summer 2012 show. More than 100 individual votives featuring two of Beckham’s favourite Jo Malone scents (Lime Basil and Mandarin and Grapefruit) were assembled on the steps of the New York Public Library, veritably making fragrance part of the show itself.

Eila Mell is the author of
New York Fashion Week: The Designers, The Models, The Fashions Of The Bryant Park Era. She says that using scent (whether a designer fragrance,
celebrity perfumes, or essential oils) as part of a runway show is just another way to set the scene. In choosing a scent, a designer will take the essence of their collection and then pick a scent that is in some way reminiscent of the designs they send down the runway, she explains. “It fits into the idea that a runway show is always about creating a fantasy, and fragrance adds to that fantasy.”

Although it seems as though designers are breaking new ground by adding scent to their runway shows, Victoria Christian, perfume expert and brand ambassador for Clive Christian
perfume, told us that using scent to create atmosphere is nothing new. “Perfuming an area or event dates a long way back in history,” she explains. During the Tudor reign in Great Britain, Queen Elizabeth I was known to plan her route between appointments and have her handmaidens go before her ‘perfuming’ the air and spreading rose petals on the ground because she did not want to smell the general air, which at that time would have been quite unpleasant due to a lack of drainage, running water and air conditioning.

Even further back, Egyptian jasmine was used by Cleopatra for her journey to meet Marc Anthony for the first time. She had the fresh blossoms sewn into the sails of her ship so as the wind took her forward the breeze carried the heady scent on ahead.

More about designer fragrance on the runway on the next page …

Though not a designer, Sir Elton John requested that the world’s most expensive perfume, Clive Christian No.1, be wafted throughout the gardens of his estate for his annual charity White Tie & Tiara ball. Tom Cruise and Katie Holmes chose the same scent as their perfume of choice for their Italian wedding.

Of the trend, Mell sees it as something that will continue because fragrance is so universal, not to mention how well it can add to the atmosphere of an event. “Fragrance evokes an emotion and creates a mood,” she says.

Almost every sense is activated during a runway show. The arrival of the invitation is the first sense activated – the sense of touch. Our expectations are also set at this moment, of the general feel of the show (luxe, trendy, cool, hip, etc.) Our sense of sight is awakened with the designs themselves, our hearing when the music starts. The volume is typically louder than expected, Christian explains, which forces you to experience the look of the designs in synergy with the sound of the music. The one element that has been missing during runway shows is the sense of smell, which Christian calls the most powerful and evocative sense of all.

More scents on the runway

Victoria Beckham isn’t the only one to mix fragrance and fashion. There are a few more designers who have recently made scent part of their runway show.

Burberry launched their newest fragrance for women, Burberry Body, at their spring/summer 2012 show at London Fashion Week. Guests were treated to a scented room featuring a 4-D hologram of Rosie Huntington-Whitely, the face of the fragrance.

Meadham Kirchoff asked Penhaligon to provide the fragrance for their spring/summer 2012 show at London Fashion Week. The scent they chose was Artemisia. The youthful, fruity fragrance was used to scent the invitations, the venue and the models before they headed down the runway

Swedish denim brand Acne had a fragrance developed for their fall/winter 2010 show, which was never actually produced. Named Svart Snö (black snow), after the collection itself, the one-night-only scent was used to enhance the atmosphere of the runway show, Mell explains.

A mere whiff of perfume in passing can instantly trigger a memory and take you to an exact point in your life in seconds. At a fashion show, when a fragrance is released into the air, guests will most likely be influenced by that fragrance. “The right scent is capable of engraving itself into your memory for eternity. This is why savvy designers are beginning to incorporate scent within their shows,” Christian says. Mixing fragrance and fashion is not only a way to enhance the experience; it’s also powerful and influential advertising. “Every time that perfume is smelled again after the show, the images of the clothes and atmosphere of the event will return and echo in their mind.”

Easy ways to get runway-inspired hair