The proliferation of products marketed as "non-toxic" is starting to receive a backlash for relying heavily on fear tactics. 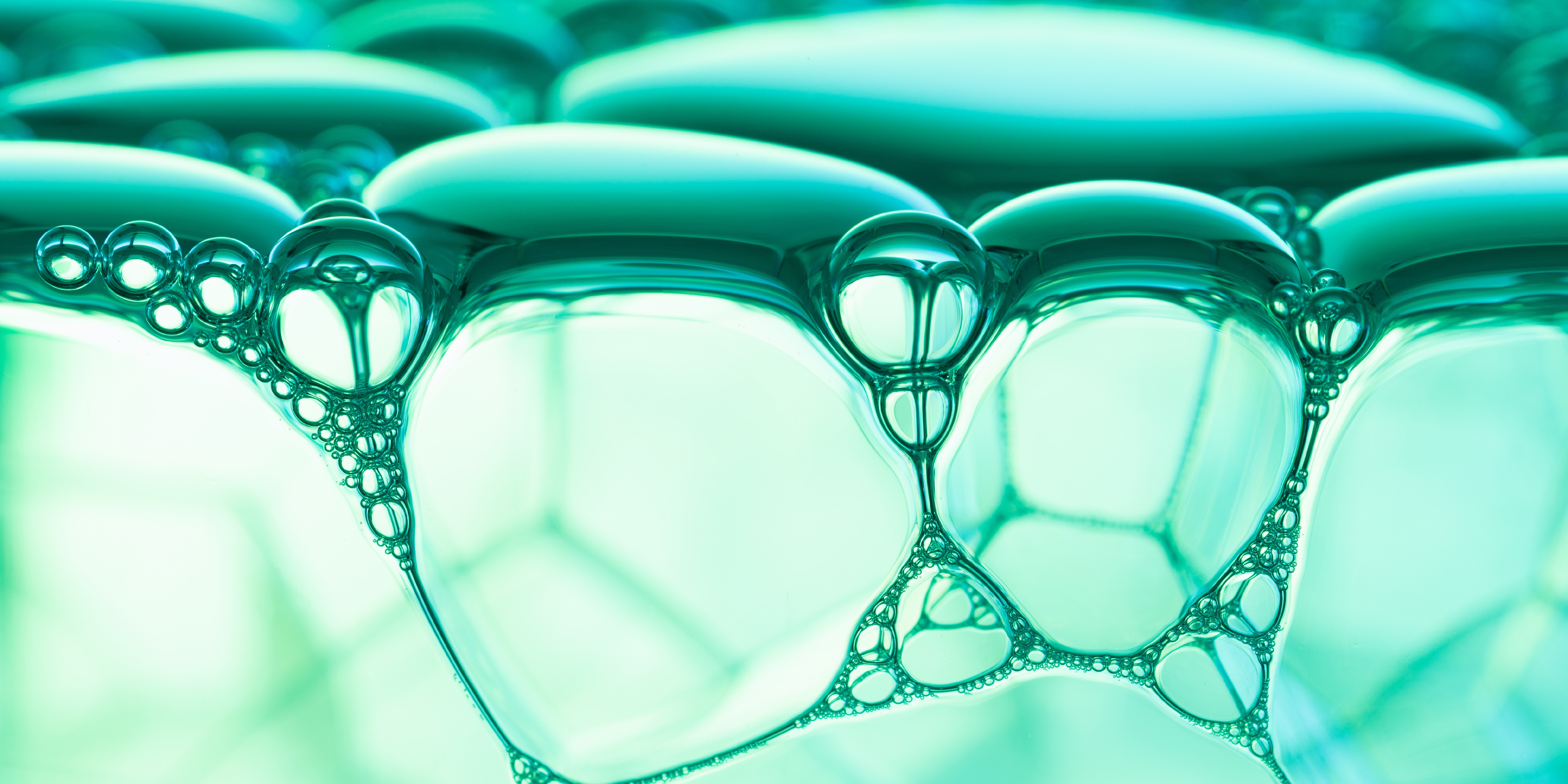 For Sheri Stroh, reading the exposé Not Just a Pretty Face: The Ugly Side of the Beauty Industry about 12 years ago was a light-bulb moment. The book – and being diagnosed with breast cancer soon afterwards, at age 36 – inspired the makeup artist, who’s based in Guelph, Ont., to green her kit, convinced of the perils of parabens.

But then, more recently, the doubt began creeping in. She started talking to chemists, who made her realize that beliefs she considered common sense weren’t so. She found herself eye-rolling common clean-beauty claims, like the idea that everything that goes onto your skin gets into your bloodstream or that you’re risking cancer if you use certain ingredients. It’s no coincidence that many clean-beauty founders cite a health scare or having kids and realizing their old faves were full of “toxins” as the origin story for their brand – fear sells.

“Cancer is really complex,” says Stroh. “A lot of times, you can’t pinpoint a cause.” (Her oncologists weren’t concerned about beauty products, warning her only to be careful with alcohol.) After years of devotion to clean beauty, she couldn’t get on board with the messaging anymore, especially the idea that people are harming themselves if they choose to buy anything else. “Stop using cancer and other diseases to make money,” says Stroh. “It’s annoying and getting old.”

An evolution of what was once marketed as “natural” or “green” beauty, clean beauty promises to exclude ingredients that are perceived as potentially sketchy, with parabens, sulphates and phthalates among the most commonly cut. The category’s runaway popularity has shaken up the whole industry: Legacy brands are tinkering with iconic products, from Kiehl’s Ultra Facial Cream to Laura Mercier Tinted Moisturizer, to take out parabens, and clean beauty is taking up more shelf space, alongside La Mer and Chanel, at retailers like Holt Renfrew. Sephora, which introduced its in-house clean seal of approval in 2018 for brands that are free from 13 particular ingredients, just expanded its blacklist to include over 50 ingredients.

“Chemical refers to a compound or substance that has been purified or prepared. It doesn’t mean synthetic or dangerous.”

The sales pitch for clean beauty comes with a vague but alluring halo of wellness. Who wouldn’t want products that are “chemical-free” and “non-toxic” and contain “no nasties”? But lately, the chorus calling BS on the fear tactics and misleading claims has been getting more vocal. Myth-busters like Michelle Wong, the chemistry Ph.D. who blogs and vlogs as Lab Muffin Beauty Science, poke holes in the facts while the anonymous chemist behind @lepamperedpig on Instagram makes mocking memes. Beauty journalists like Cheryl Wischhover have taken up the debunking cause too. (“I am all for more regulation of the beauty industry,” tweeted The Business of Fashion beauty writer. “But clean-beauty brands are not doing philanthropy here. The more people they scare, the more money they make too.”)

“Most cosmetic products are chemicals,” says Shannon Humphrey, clinical assistant professor in the department of dermatology and skin science at the University of British Columbia. “‘Chemical’ refers to a compound or substance that has been purified or prepared. It doesn’t mean ‘synthetic’ or ‘dangerous.’” What’s natural also isn’t inherently safer than synthetic ingredients, while “non-toxic” and “no nasties” are marketing buzzwords so vague that they’re meaningless yet are mentioned with abandon on Goop.com and slapped on bottles in drugstore aisles.

“The way clean beauty tends to brand itself is by saying ‘It will be clean if it’s missing these ingredients,’ and the flip side is ‘It isn’t clean if it contains any of these ingredients,’ but that’s not how toxicology works,” says Wong. “The dose is really important – there are safe quantities and unsafe quantities of ingredients.” But knowing that people don’t want any doubt, brands skirt scientific nuance by promising “peace of mind,” as Beautycounter, which has banned more than 1,500 ingredients, does.

“Clean beauty – just the term alone is sometimes enough to raise my temperature,” declares British beauty journalist Sali Hughes on the debut episode of The Beauty Podcast. Guest and cosmetic chemist Sam Farmer puts the origins of paraben-phobia down to “one single bit of unfortunately-badly-carried-out science” dating back 20 years. That animal research sparked worry that parabens could be endocrine disrupters, even though no study has proven that the small amounts used in cosmetics have such effects on humans.

Nevertheless, parabens (such as methylparaben and propylparaben) are now at the top of the “no” list for many, if not most, consumers. And, Farmer notes in The Beauty Podcast, we’re “moving away from one of the safest, most skin-friendly proven preservative systems in cosmetics.” Some companies have switched to less effective alternatives or ditched preservatives altogether. “‘Preservative-free’ makes me angry,” says Stroh. “Like, enjoy your eye infection.” This isn’t far-fetched: In the ’70s, multiple cases of pseudomonas-induced corneal ulcers were linked to inadequately preserved mascara.

“The sales pitch for clean beauty comes with a vague but alluring halo of wellness. Who wouldn’t want products that are “chemical-free” and “non-toxic” and contain “no nasties”?”

So, why are brands shunning parabens if chemists say they are no big deal and, in fact, the best way to keep your favourite face cream from turning into mould? “They’re actually a good ingredient,” Drunk Elephant founder Tiffany Masterson told L’Officiel Singapore. “I avoid ingredients like that just because the consumer doesn’t want them.” Likewise, Wong says paraben alternatives were a hot topic at an ingredients conference she recently attended. “Cosmetic scientists acknowledge it’s an unscientific trend,” she says, “but the market is forcing them to [find alternatives].” And therein lies the challenge: Consumers are now in control, and whether or not they fully understand what’s bad or good, brands can’t push back on popular demand if they want to stay relevant.

But the very fact that companies increasingly declare formulas to be paraben-free not so subtly reinforces the notion that parabens are harmful. In an attempt to curb misperceptions, new rules clarifying acceptable cosmetics claims came into effect in the EU last July. Misleading “free from” claims won’t be allowed: Companies shouldn’t advertise a product as “free from” an already banned ingredient or proclaim a formula to be “free from parabens” (because this denigrates an entire class of chemicals, the report noted, including ones deemed safe). They also can’t label something as “free from” an ingredient not typically found in such a product – “sulphate-free lipstick” is about as logical as “gluten-free water,” for example.

Romain Gaillard, founder of The Detox Market, remains firmly anti-paraben – it’s on the retailer’s banned list, which flags endocrine disruption, reproductive harm and organ toxicity/irritation among the ingredient’s “potential health concerns.” However, he also acknowledges that scare tactics, greenwashing and misinformation in the industry have created confusion. “A lot of brands are like, ‘Hey, you know, use my stuff. If not, you’re gonna die,’” he says. “Personally, I think that’s the absolute worst thing you can do to trigger some interest.”

But he’d rather focus on the upside: The rise of clean beauty is leading to positive change industry-wide as big brands make a concerted effort to improve what they’re selling. Some ingredients that are being shunned may not be dangerous per se, Gaillard acknowledges, but they’re “junk-food” fillers – like texture agents (say, silicone) or fragrance – used because they’re cheap or make a formula feel or smell nice. These don’t do anything beneficial for your skin, he adds. “Beauty brands are starting to care more about what they’re putting in their products,” he says. “That’s a huge step I’ve seen over the past few years, and, to me, it’s amazing.”

As for Stroh, after being devoted to clean products for nearly a decade, she broke her so-called “detox” a couple of years ago, dropping $500 at Sephora on whatever she wanted. “I was like a kid in a candy store,” says Stroh. “It was like ‘I have missed you.’” She’s still a fan of many clean-beauty brands, just not the widespread fear-mongering. “I want the misinformation to stop. I don’t drink the Kool-Aid anymore.”

Read more:
Reimagining Self-Care for 2020
What Is A “Clean” Fragrance?
You Can Now Fit Three Months of Skincare in the Palm of Your Hand