Air supply: Is oxygen good for your skin?

Can boosting your oxygen supply result in better skin? 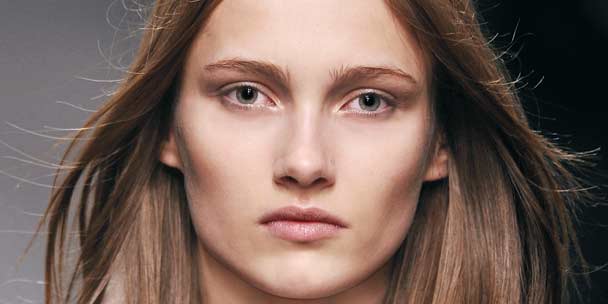 The
oxygen-bar fad had all but disappeared into thin air when the apparently ageless Madonna reignited interest in its beauty potential by revealing her reliance on oxygen facials. The resulting beauty frenzy swiftly morphed into today’s proliferation of
oxygen facials, as well as moisturizers and masks listing oxygen as an ingredient. This just might be a trend with staying power. But is it simply a trap to buy into the hype?

We all understand that oxygen is essential, but it’s difficult to pin down just how oxygen treatments actually rejuvenate the skin. Most oxygen facials involve a pressurized apparatus that “drives” medical-grade oxygen — plus hydrators, vitamins and nutrients like hyaluronic acid — into the skin.

Dr. Jason Rivers, a clinical professor of dermatology at the University of British Columbia, is among many experts who remain unconvinced. “You would get a mild
surface exfoli­ation — though you’d probably do better with microdermabrasion — but it’s unlikely that you would drive any significant oxygen into the skin and even more unlikely that you would affect any metabolic processes to improve the skin,” he says. Rivers is equally skeptical about skin-care products containing oxygen. He explains that it breaks down into re­active oxygen species (including free radicals) that can actually be damaging to the cells. “I don’t think there’s any evidence to support these treatments,” he says. “There may be a glimmer of scientific proof that oxygen may have an effect, but everything is extrapolated from there.”

The concept of oxygen as a skin rejuvenator originated from hyperbaric oxygen therapy (HBOT), a well-established medical therapy recognized as an effective promoter of healing for 13 conditions — including carbon monoxide poisoning, skin grafts and thermal burns — by Health Canada. In the beauty world, the word “hyperbaric” (which means “higher than atmospheric pressure”) gets tossed around freely, but, by definition, HBOT requires a closed chamber with an elevated atmos­pheric pressure in which the patient breathes 100 percent oxygen for a prescribed period. (HBOT was one of Michael Jackson’s favoured “beauty” treatments.)

What about the anecdotal evidence? Spa websites are brimming with real-women testimonials about the plumped, glowy look (albeit short-lived) that they experience after an oxygen facial. And can the dewy Madonna, along with fellow oxygenators Eva Longoria and Jennifer Lopez, be wrong? “If you use a pressure gun on the skin — delivering oxygen, nitrogen or water — it will cause facial dilation because you’re affecting the skin,” says Rivers. “The plumped, glowy effect is a mild, temporary irritation due to the pressure, not the oxygen. You could just slap your cheeks and get pink, glowing skin for a bit — the way women did before they had rouge.”