"Everyone thinks brows just end where they end. But they’re wrong." 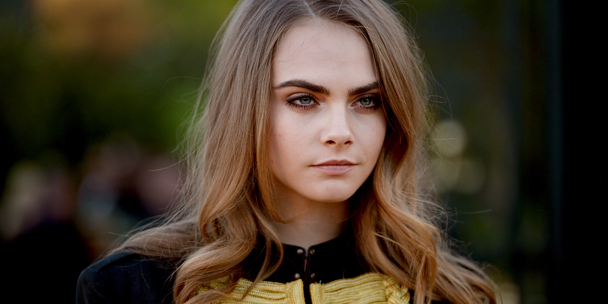 To fête the opening of Canada’s first stand-alone Benefit Cosmetics boutique in Toronto, the company’s global brow authority Jared Bailey gave us three tips on how brows can be used to contour the face. If you missed our live stream on Periscope, we break them down for you below.

1. Reconsider the distance between your brows.

Changing the distance between your brows is a quick way to contour the face, says Bailey. “The closer we bring these brows is together, the slimmer this area [the bridge of the nose] is going to look. So if you want a slender-looking nose, you bring those points [where the brow will begin] a bit closer together. If you have wider-set eyes, bringing the brows closer together creates the illusion of the eyes being closer together as well.” Bailey recommends using a brow pencil or a powder like the one in Brow Zings ($38) for this step.

2. Find and define your arch.

“The really fundamental thing when it comes to brows, is finding that arch,” says Bailey. “And I know we’ve all seen brows of people on the streets where they’ve had kind of comma-shaped brows. What they’re trying to accomplish is finding an arch, but they don’t really know how it’s done.”

To find that perfect arch, Bailey recommends placing a makeup brush beside the outer portion of the nose, then angling the brush so it crosses the centre of the iris on that side of your face – this will find the spot where the highest point of your brow should be. “Finding where that brow is the highest starts to lift the brow up. It can also start to really round out that eye,” he says. “If your brows are flat, it starts to create an illusion of a straight line, which starts to make the eyes a bit more almond shaped. So if you really want to contour the eye, you lift that arch up.”

3. Determine where your brows should end.

“Everyone just thinks brows just end where they end,” says Bailey. “But they’re wrong.” Place a makeup brush beside the outer portion of the nose, and then angle it so it aligns with the outer corner of the eye. That’s where your brows should end.

“This can really change up the entire face shape,” says Bailey. “Think about a round face: Because we’re using the same point of origin on the face to determine brow shape, if we make those measurements, [we’ll find that] the area between the arch and the end of the brow tends to be a bit longer. This really breaks up the proportions of the face and starts to slim it down a bit. And if you have a round face and it slims down, it starts to become a bit more oval, which is probably one of the more ideal face shapes that women really try to achieve through contouring – but you can get that [look] through your brows as well. Now the opposite is true, too: If you have a longer face, or if it’s a bit swollen or sunken in, make these same measurements from the nose, and you’ll find the area [between your arch and the end of your brow] tends to be a bit shorter, and it starts to kind of plump up the brow a little bit, it fills it out and creates a more oval [face shape] as well.”